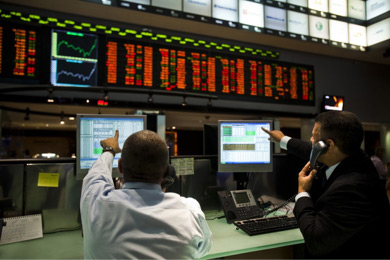 Myanmar has got its first ever stock exchange which is called Yangon Stock Exchange (YSX). This development comes just one week before the new Government assumes its position. Though YSX was already launched last year in December, but it received its first listing on 25th March, 2016. The stock exchange has been operational since the day of its opening but till now trading was only being conducted through dry-run testing internally. First Myanmar Investment (FMI) is the first ever company to join YSX.  Initially, besides FMI, five other companies were supposed to be listed on YSX on the same day but due to some reasons they could not get themselves ready for share trading by that time.

This list contains of some of the most prominent names in Myanmar  business world including Myanmar Citizens Bank, Myanmar Thilawa SEZ Holdings Public Limited, Myanmar Agribusiness Public Company Limited (Mapco), First Private Bank and Great Hor Kham.. Now these companies will be joining YSX later but date has not been decided yet. FMI shares began at a floor price of 26,000 kyats (US $ 22 approx.) and by the end of the day their trading price reached 31,000 kyats (US $ 26 approx.).

YSX has placed a daily 5000 kyat (US $ 4 approx.) ceiling on stock price fluctuation in order to prevent volatility on the bourse so after reaching 31000 kyats prices were not allowed to increase any further. YSX has also tied up with six securities companies by selecting them as underwriters. These companies are Kanbawza (KBZ) Group of Companies, CB Securities, AYA Securities and the Myanmar Securities Exchange Centre. They will be working as liaisons between the listed companies and buyers and sellers. Myanmar’s economy is already developing at a good pace and it will get a big boost once trading at YSX picks up.