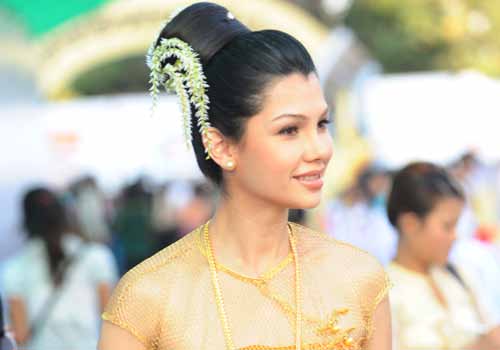 The awards will be held at Yangon’s Thuwunna Indoor Stadium after December 29 so as not to clash with the Games, said U Aye Kyu Lay, a spokesperson from the Myanmar Motion Picture Organization.

“When we applied to get the permit, we weren’t sure we would get it because the Games needed to use the stadium as well,” said U Aye Kyu Lay.

“Now, we’ve got the permit so we will announce the exact date after consulting with our industry peers.”

Traditionally the MMPO and the government arranged every logistical facet of the awards, but this year they are outsourcing to private business to help with the event management.

“We have chosen the international Barco Company to assist with the project management,” U Aye Kyu Lay told The Myanmar Times. “We made the decision on November 26 that Barco, which also specialises in digital technology, will take the lead in organising.

“Barco will also be responsible for inviting celebrities from abroad.” The Academy judging board has selected the top seven film finalists, selected out of 15 films made in 2012.

The Myanmar Academy Awards were held in Yangon from 1952, until 2006 when they moved to Nay Pyi Taw.

But after complaints from media and celebrities about the difficulty of Nay Pyi Taw as a location (and because Myanmar’s film industry is based in Yangon), it was agreed the awards would be moved back this year. more…