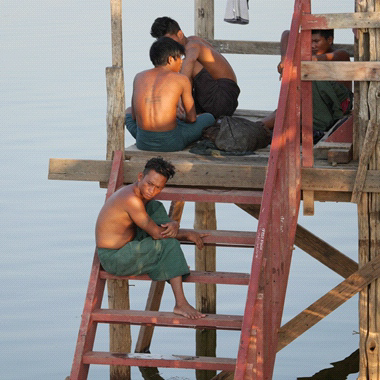 As Myanmar gears up for progress, it will have to tackle a lot of issues if it is to catch up with its neighbors in terms of development and living standards. Workplace safety is one such issue that has been a major cause of concern for long and still continues to be so. One such recent incident took place on June 20th, where the scaffolding gave way at a Mandalay hotel construction site resulting in the loss of two lives. Eighteen more people were seriously injured as well. This is not an isolated incident as occurrence of accidents at construction sites is common throughout the country due to which people are killed and injuries are caused on a regular basis. Most such accidents are a result of an outdated regulatory framework for workplace safety which is desperately in need of an upgrade.

The root cause of the problem lies in the fact that there is no specific law that businesses have to follow. The procedures to be followed with regards to workplace safety are left entirely up to individual businesses. While awareness is spreading in this area, actual safety standards that are followed vary largely from site to site. Unless there is a specific law in place, things can’t be expected to improve much as one can’t rely entirely on businesses to carry out reforms on their own. Most developers simply opt to pay the workers as accidents occur rather than investing on preventing such incidents from occurring in the first place. Current guidelines on safe work environments to a great extent depend on the 1951 Factory Act which leaves much to be desired.

The government does understand this situation and ministries of labor and construction have been working on drafting “Health and Safety in the Workplace” law since 2012. The progress on this law has been snail paced and even after close to four years, it has not yet been submitted to the parliament. One major reason for this delay is that there is no dedicated organization in Myanmar to collect data on workplace injury incidents. If government has such data in hand it can then analyze it and work out procedures for improving workplace safety incidents. Hopefully, the recent Mandalay incident will stress the importance of a new workplace safety law and that in turn will speed up the progress of its drafting and being presented in the parliament.