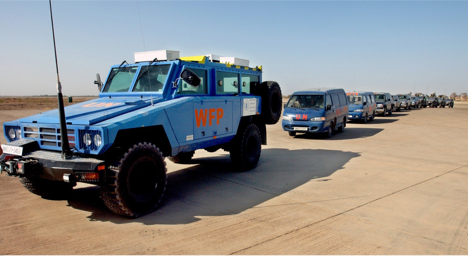 World Food Program (WFP) is a United Nations agency that fights against hunger globally. It provides food assistance in emergencies and works with poor communities to improve nutrition.  Worldwide close to 80 million people residing in 80 million countries are helped by WFP. Starting September this year, WFP has resumed its school feeding program which will provide food assistance to over 227,000 children. The program will begin in Chin, Kachin, Rakhine and Shan States, and Magway and Wa Regions which are some of the most lacking in food resources areas in Myanmar. Every morning before the class begins students will be given high-energy biscuits, fortified with vitamins and minerals. The snacks provided will not only help children in meeting their daily nutritional requirements but along with that it is also expected to increase class attendance.

WFP was running this program in Myanmar earlier as well but it had to be suspended due to lack of funds.  The resumption of the school feeding program was further delayed due to the recent floods which caused many schools across the country to be closed down. This year WFP is increasing the number of schools that it will provide assistance to. Along with other areas, many schools in Kachin will also start receiving assistance again which was stopped in 2011 due to the conflict going on in the region. The poorest monastic schools will also be provided assistance this year. The program will complement WFP’s already ongoing flood response through which it has provided food assistance to 455,000 people so far.

The Country Director of WFP Mr. Domenico Scalpelli WFP has thanked the governments of Australia, Canada and Switzerland for supporting the program. The contributions made earlier this year by the Japan Association for WFP were also acknowledged and praised. WFP hopes that it will be able to expand this program even further and next year it will help double the number of schoolchildren as compared to this year. WFP Myanmar is appealing for help and it has stated that it needs an additional US $ 27 million to meet all food needs in Myanmar out of which US $12 million are needed for carrying out flood response operations.