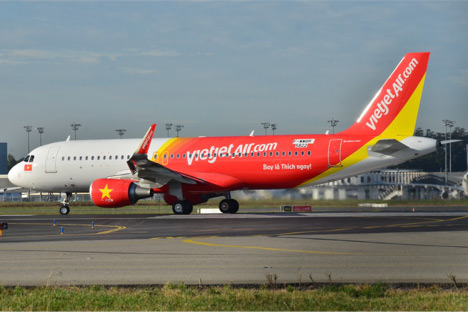 Myanmar is a country blessed with immense scenic beauty and it has a lot to offer in terms of tourism. For the past 50 years or so this country was under army rule and during that period the access was closed for most of the foreigners. However, now that this nation is moving towards democracy it has opened its gates to the world. Not much time has passed since this development but Myanmar is already emerging as a very popular tourist destination and this popularity is expected to go on increasing in future. The increased flow of tourists along with significant economic development has had a tremendous positive effect on Myanmar’s aviation industry.

Vietjet is one of the first foreign airlines companies to start operation in Myanmar. This Vietnamese airlines giant started its Myanmar operations in October, 2015 by starting five flights a week on the Yangon-Ho Chi Minh City. A significant number of tourists from Vietnam visit Myanmar every year and Vietjet decided to benefit from this trend by launching its airlines operations between the two countries. Vietnamese tourists visit Myanmar for both business and leisure. As the trade relations between the two countries as well as Myanmar’s reputation as a wonderful tourist destination grow the number of travellers is going to increase a great deal.