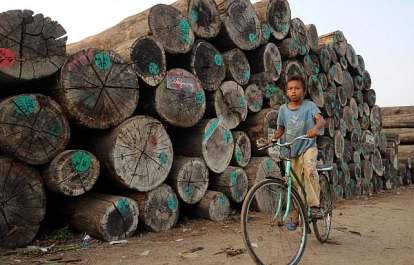 The United States Treasury Department have granted a special one year licence for certain US companies to trade with Myanma Timber Enterprise and other members of the timber industry currently under sanction by the United States.

The announcement has drawn both praise and concern from forestry experts; with some applauding the hands-on approach to reform and others warning that the scheme could end up reinforcing the corruption that has defined the timber industry for decades.

The Myanma Timber Enterprise is a state-related outfit dedicated to extracting timber. As an industry leader, it has been targeted by environmental groups claiming a broad range of corruption, unsustainable production and human rights abuses. Instead of promoting good governance and inclusive participation, the status quo of corruption and environmental crime that has long plagued the forest sector in the country is unfortunately being further buttressed by international lobbying interests.

Reports from numerous environmental groups indicate that deforestation had increased at an alarming rate in the last decade, driving some species of trees to near extinction. Given this dire situation, U Win Myo Thu said a temporary ban on exports may give the industry time to develop best practices.