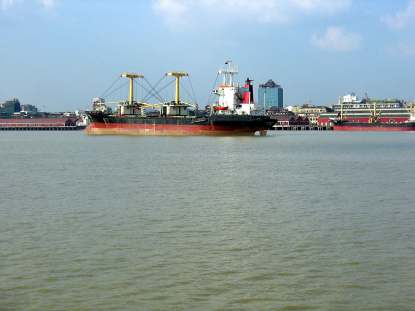 Myanmar will be the focus of attention in the international oil and gas industry in 2014 as a batch of major offshore exploration licenses are awarded and more blocks are expected to be put up for foreign bidding.

Myanmar’s oil ministry, known by its acronym MOGE, recently announced that 30 companies had bid in its first ever offshore licensing ground.

Most of the western majors were among 30 bidders which included ExxonMobil, Shell, ConocoPhillips, Total, BG, Repsol, ENI and Chevron.

American company General Electric (GE) Oil and Gas has stepped in Myanmar shortly after the United States announced lift of sanctions on the country in 2012. GE will cooperate with Myanmar private company SMART Technology Service in the service sector of oil and gas on mutually beneficial basis – the SMART Company will supply equipment and services to drilling and surface solution of the GE.

The much-awaited auction of 30 offshore oil and gas sites is the latest test of Myanmar’s economic reforms and its emerging energy policy.