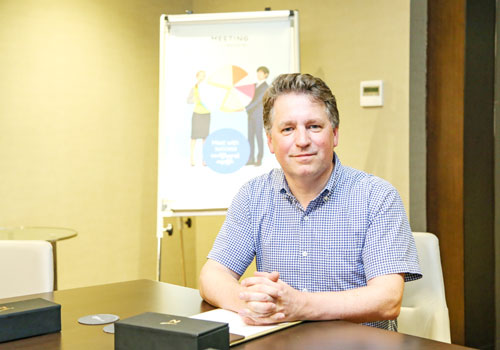 The UN body is hoping for progress following the report by the Advisory Commission on Rakhine State chaired by former UN Secretary-General Kofi Annan.

In an exclusive interview with The Myanmar Times on April 8, UNICEF deputy executive director Justin Forsyth shared his view on the current health and education situation in the state.

“I think the most important things are health education on nutrition, investing in services for nutrition and water, and sanitation.

“Those are areas where we need the most aid, and that will make a big difference,” he said.

Forsyth visited Rakhine State on April 7 and 8 where he met with internally displaced persons (IDPs) in Sittwe and Pauktaw.

“At the IDP camps, health facilities are quite basic,” Forsyth said.

He said many parents were worried about letting their children go to school, hospitals and clinics because of security concerns.

“It is still difficult to have a system with better services,” he said.

Forsyth said he spoke with the State Counsellor on investing in health, education and social protection; and the Senior General on protecting children’s rights and the issue of child soldiers.

Forsyth also spoke to other local and international media on his Rakhine visit.

He told AFP that he had given Daw Aung San Suu Kyi details on youngsters held in the Buthidaung prison.

“There are some children that are detained in prison. We are raising this issue.

“Any child detained is an issue to us,” he told AFP late Saturday at the end of his brief trip to Myanmar.

Forsyth stressed that it was important to implement the recommendations by the Kofi Annan Commission report on Rakhine State.

He said he hoped action would be taken to address the problems in Rakhine, as the military, the State Counsellor and the Rakhine state government had agreed to the recommendations.

“I think everyone is aware of the problem but until now, there hasn’t been an agreement on how to address the problem,” he said.

On March 16, the Advisory Commission on Rakhine State, presented almost 30 recommendations for action that the Myanmar government could take to immediately improve the situation in Rakhine and ease tension in conflict areas in the state.

“We are pleased with the recommendations for Rakhine. We hope the peace process will proceed.

“At the same time, we are also aware that we need to go further to address the needs of the children,” Forsyth said.

UNICEF has been working with the government to provide basic services to IDPs in camps and promote government leadership in services for IDPs, such as the WASH (water, sanitation and hygiene) cluster, operation and maintenance of WASH hardware in IDP camps, latrine activities, and water supply in Rakhine, Kachin and Shan states, according UNICEF’s 2016 annual report.