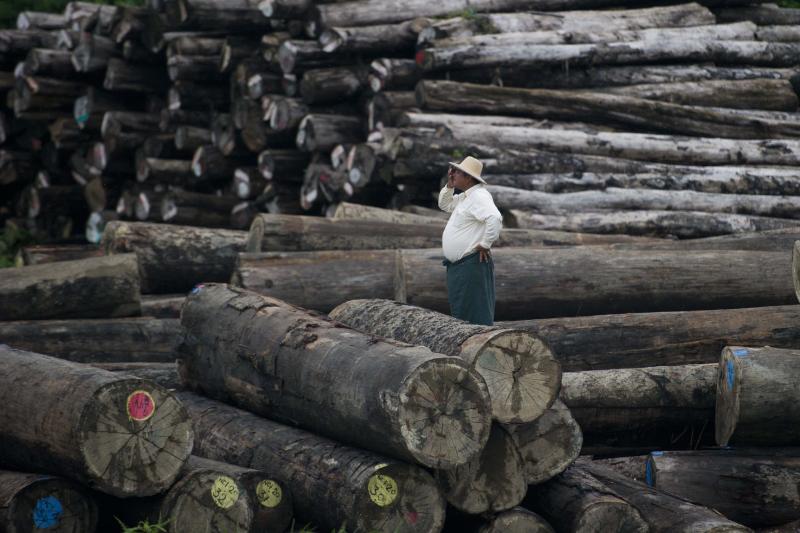 A new five-year project in Myanmar will for the first time document all forests in the Southeast Asian nation – including places affected by ethnic tensions – to pinpoint deforestation risks and boost conservation, the United Nations said.

The joint Myanmar-Finland project, launched this week with funding of 8 million euros ($9 million), will monitor all types of forests in an exercise aimed at helping the country reduce emissions that fuel climate change and adapt to warming impacts.

It will also serve as a basis to develop global guidelines for tracking and protecting forests in conflict zones.

“For a lot of people, Myanmar is a country with still a lot of unknowns,” said Julian Fox, team leader for national forest monitoring at the United Nations’ Food and Agriculture Organization (FAO) in Rome, which is managing the project.

“There are huge areas of forests that have never been measured,” Fox told the Thomson Reuters Foundation on Thursday.

About 70% of Myanmar’s population living in rural areas rely on its estimated 29 million hectares (72 million acres) of forests to provide for their basic needs and services.

But Myanmar also has the third-highest deforestation rate in the world – after Brazil and Indonesia – according to the FAO, partly driven by agricultural expansion and logging activities.

Although the authorities in colonial times made efforts to map parts of the country and its forests, Fox said there had never been a complete national forest inventory.

“For accurate information on forests, you need to know many things underneath the canopy – the tree species, soil, even the social-political context,” he said by phone.

The project will measure trees – with the potential to discover new species – and monitor biodiversity and carbon-storage levels, he added.

Starting in non-conflict forest zones, before expanding into less-secure areas such as the borders with China, Bangladesh and Thailand, the project will use modern tools like laser tree-measuring equipment and collect physical samples, Fox said.

It will cover Rakhine, a state from which more than 730,000 Rohingya fled to neighbouring Bangladesh after a military crackdown in 2017 that the United Nations has said was executed with genocidal intent. Myanmar denies that charge.

By engaging in sensitive talks with different ethnic groups and organisations on the ground, the FAO hopes to be able to monitor forest areas in higher-risk conflict zones.

Myanmar has more than 100 different ethnic groups, each with its own history, culture and language or dialect.

If methods developed and used here prove successful, they could be applied in other forested and remote conflict-affected areas worldwide seen as off limits up to now, Fox said.

“It is important that conflict sensitivity and human rights remain in the core of the forest monitoring work in order to ensure that it benefits all people, including ethnic minorities,” Finland’s ambassador to Myanmar, Riikka Laatu, said in a statement.

All results and data on Myanmar’s forests will be made publicly available, allowing both the government and different ethnic groups to better manage and protect forests, Fox said.

Nyi Nyi Kyaw, director-general of the forest department in Myanmar’s Ministry of Natural Resources and Environmental Conservation, said the government was “in urgent need of better and updated data about the state of all the forests in Myanmar”.