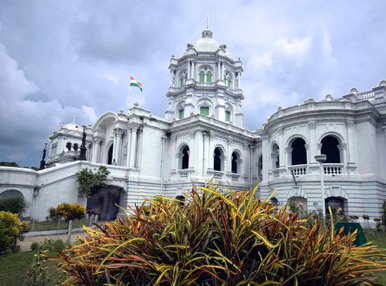 The by-election for the Amarpur assembly seat in Tripura ended at 5 p.m. on February 13, 2016. The polling started at 8 a.m. and tight security arrangements were made which ensured that it was completely peaceful and no untoward incident occurred at any place. There were a total of 51 polling stations and polling went smoothly at all of the booths. The total number of eligible voters was 38,270 out of which 18,807 were women. The polling saw an excellent turnout with 88 percent of the eligible voters casting their votes.

There are a total of seven candidates competing for the Amarpur seat in this election but the main three of them are considered to be the strongest and the main contest is supposed to be between only these three. These three candidates are ruling Communist Party of India-Marxist (CPI-M) nominee Mr. Parimal Debnath, Congress’s Mr. Chanchal Dey and Bharatiya Janata Party’s (BJP) Mr. Ranjit Das. The counting of votes to decide the winner will begin on February 16, 2016.