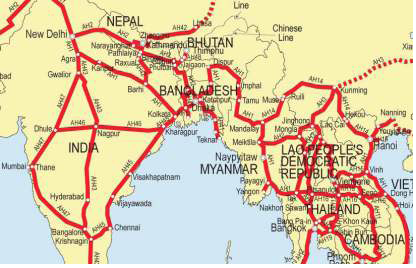 Secretary-General Ban Ki-moon, convening a meeting on Myanmar, welcomed the positive direction of its reform process as it continues on its “path of historic transition”, but emphasized that more work remains to be done to address the country’s myriad challenges. “The country has taken visible strides in many areas of socio-economic development, national reconciliation and democratization,” Mr. Ban said, emphasizing that the reform process initiated by the Government of President U Thein Sein continues to progress steadily.

The general elections due to be held by year’s end will be an important milestone and conducting them in a credible and inclusive manner, will require long-term engagement by all. In that regard, the Government must ensure free assembly, an open atmosphere for the media and the protection of civil and political rights for all. “President Thein Sein’s efforts to engage in political dialogue with other leaders on key issues including constitutional reform have been encouraging,” the UN chief said, adding that the Government has shown “exemplary resolve” in striving to achieve peace.

“However, much more hard work lies ahead. It will be important that the ceasefire agreement is signed and sealed without delay,” he said, emphasizing that the agreement is only a first step towards a broader national dialogue on important issues such as the role of military and constitutional reform.While recognizing the complex ethnic and religious fabric of the country and its history, hopes are that Myanmar would remain committed to international humanitarian and human rights standards as it moves forward on its democratic reforms.