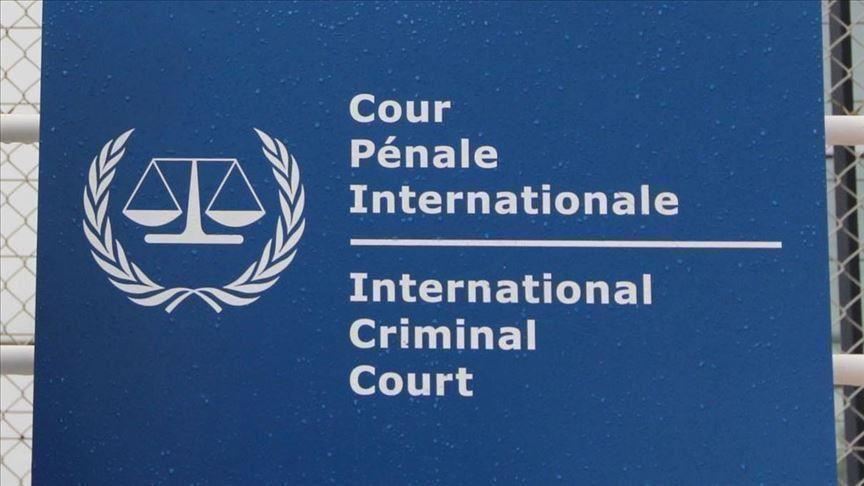 In November last year, the International Criminal Court (ICC) moved to begin the full investigation into Myanmar’s violent international crimes and other events connected to the exodus of Rohingya from western Myanmar in decades.

In August 2017, Myanmar Tatmadaw, or the military, launched the “Security Clearance Operations,” which resulted in the exodus of 750,000 Rohingya from across the borders into the adjacent Bangladesh city of Teknaf.

As the ICC proceeds with its full investigation, it needs to look into the instrumental role of Sitagu Sayadaw, Myanmar’s most influential Saffron-robed hate preacher, in the genocidal and other crimes against predominantly Muslim Rohingya.

The ICC was set up in the Hague in 2002 to try individuals sufficiently linked to grave crimes under international law owing to their criminal responsibility, for instance, political and military leaders of the perpetrating state, militia heads and key civilians.

The proactive involvement of leading Buddhist monks and “race and faith” defense organizations is well-documented. And Sitagu has more than sufficient linkages with the Buddhist monk-led ethno-nationalist movement with its essential Islamophobia. The populist mobilization of public opinion against Rohingya victims is firmly anchored in Islamophobia although there are other driving factors behind the genocide.

For the last eight consecutive years since I first blew the genocide whistle on the systematic and phased destruction of Rohingya people by my country of birth and the state-backed sharp rise in Islamophobia, I found that the TIME magazine dubbed Wirathu “the Face of Buddhist Terror” on its cover, while Wirathu’s patron, namely Sitagu abbot, has largely escaped international scrutiny.

It was Sitagu, who as the head of Myanmar’s state-backed Buddhist Fascist group named Ma Ba Tha (Race and Buddhism Defense League), provided scriptural justifications for the military’s genocidal killings of Rohingya and has helped cement Islamophobia into a national policy.

‘One faith, one race’

On July 20, I did a Facebook Live in Burmese language, following Myanmar Martyrs’ Day commemoration on July 19 during which the late Gen. Aung San, the father of current de facto leader Aung San Suu Kyi who is widely considered the architect of Burma’s independence from Britain, along with eight other colleagues and staff were assassinated during a colonial-era cabinet meeting in Rangoon.

I pointed out the perils of the public’s continued embrace of “one faith, one race” exclusionary, majoritarian, and populist nationalism with Buddhism as the de facto state religion. In this connection, I singled out Sitagu as the most impactful Islamophobic demagogue: his YouTube-ed words of fear and loathing of Islam and Muslims in the Burmese language are extremely influential with both military and political decision-makers and the Buddhist lay public.

Alas, it has touched raw nerves.

The clip has since gone viral among the Burmese Facebook users, attracting 1.5 million views, provoking thousands of hate comments and death threats.

A popular Facebook platform, namely Akothi (We-know-everything), with nearly 2 million followers, further amplified my blistering words about the poisonous pseudo-Buddhist ethnonationalism of the majority public – with its own negative spin against my criticism directed at the Burmese genocidal leaders and preachers.

In the wildly spread clip, I singled out the two individuals who intentionally spread Fascist-like “pure” ethnonationalism, xenophobia and Islamophobia, namely the late dictator Gen. Ne Win and Sitagu.

Both men were responsible for the poisonous idea that originated in the inter-World War period in Germany that certain – usually nationally dominant – “races” are indigenous and hence “host” (blue-eyed, blond-haired Germans in Germany of the inter-world-war years, for instance) while others (such as German Jews) are “guests”.

In 1919, a year after Germany lost the World War I, the exiled Kaiser Wilhem II, wrote to one of his former generals, “(the Germans) were (e)gged on and misled by the tribe of Juda whom they hated, who were guests among them! […] Let no Germans forget this nor rest until these parasites have been destroyed and exterminated from the German soil! This poisonous mushroom from the German oak-tree!”

The late Gen. Ne Win, who died under house arrest in December 2002, was the architect of the slow-burning genocide of Rohingya which began under the invented pretext of “illegal immigration of Muslims” from Bangladesh.

Gen. Ne Win, as chairman of the ruling Burma Socialist Program Party government, decreed a new Citizenship Law in 1982 which was designed to exclude, disempower, and render stateless primarily over 1 million Rohingya Muslims on their own ancestral and historical western region of Myanmar. Ne Win introduced this Nazi-esque policy discourse “host-vs-guest” communities in the process of radically re-writing the originally inclusive Burmese Citizenship Law.

Ne Win is no more; he was put under house arrest by a new generation of generals in 2002 and he died the same year. But his guest-vs-host genocidal idea is kept alive and further popularized by Sitagu monk.

Unlike the younger charismatic monk Wirathu, Sitagu’s genocidal role is little known outside a handful of international experts on Myanmar Buddhism.

In an article for Oxford Tea Circle, titled Challenging the Distortion of Influential Monks?, Matthew Walton, formerly Aung San Suu Kyi Senior Fellow on Burma Studies, said: “[Sitagu monk’s] remarks [at the commando training school] had a chilling purpose: to provide a religious justification for the mass killing of non-Buddhists.”

While the Oxford-based scholar who held the academic post that bears Myanmar Counsellor’s name was sounding alarm bells in his writing about Sigtagu, Suu Kyi was conferring on the hate monk Agga Maha Pandita or Great Learned Sage.

Suu Kyi is not the only Myanmar leader who has patronized Sitagu.

In a video clip that was circulated by Sitagu’s Burmese media network, Sitagu was telling the Senior General – sitting on his knee on the floor in a gesture of reverence to the monk – that “the world is fussing over this ‘genocide thing’ while only a handful – about 200 – Muslims were killed.”

Offer to fight alongside armed forces

In the same conversation, the abbot sought to assuage the senior general’s concerns about being hauled to the ICC. Specifically, Sitagu offered to help “mobilize hundreds of thousands of monks to fight alongside the Armed Forces” should any external actor chose to militarily intervene and snatch the senior general.

This most revered monk has effectively incorporated the genocidal strain of Islamophobia in Myanmar nearly two decades before the 2017 wave of the state-directed and systematic destruction of a large segment of the Rohingya population, the wave that hit world news headlines.

In his audio-recorded address to the congregation of several hundred monks in the southernmost part of Mandalay, my city of birth, known as Pha Ya Gyi, the young Wirathu was heard telling his fellow Buddhist preachers that the Muslim take-over of Buddhist Burma was happening through marrying Buddhist women as a matter of demographic strategy.

Here, Wirathu pointed out that only Buddhist monks are capable of repelling such conspiratorial assault on the Buddhist society while the Burmese troops armed with guns looked on helplessly.

In this Islamophobic narrative, Muslim invasion in the bed rooms of Buddhist homes is the first step towards the Islamicization of Myanmar. Burmese Muslims make up only 5% of the total population in the country, where 90% of the public are Buddhists of different ethnicities.

His words roused the rage of hundreds of the monk audience as he disclosed the Mossad-like secret, monk-led campaign to “deprive all Muslims in the country of livelihood opportunities and eventually starve them to death, or simply trigger the forced Muslim exodus as a whole.” Importantly, Wirathu publicly named the High Rev. Sitagu as the patron-monk of this emerging monks’ nationwide network who viewed Muslims and Islam as the greatest threat to the majoritarian Buddhist society.

Today, Myanmar’s civilian government has an active warrant to arrest the world (in)famous Reverend Wirathu for his public denunciation of its autocratic leader Aung San Suu Kyi, and has gone into hiding accordingly.

In sharp contrast, Sitagu continues to enjoy protection and extraordinary privileges including being flown around the country including the country’s military frontline outposts on military helicopters with armed escorts. And more ominously, Sitagu remains extremely popular with the Burmese lay Buddhist public who falsely believes him to be a holy prophet, despite the latter’s well-documented promotion of racism and hatred of the most toxic kind.