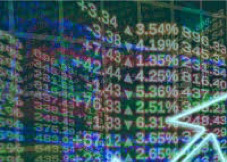 Thilawa Special Economic Zone Public Company started trading its shares at Yangon Stock Exchange on May 20, 2016. The opening price of the shares was 40,000 Kayats and the closing value was 70,000 Kayats.  There was great interest in the company’s shares as it noticed 100-fold rise in demand with demad going as high as 500,000 shares even though the company is limited to selling just 53,40 shares. Thilawa SEZ made an initial public offering in March 2014, of 2.14 million shares priced at 10,000 Kayats each. Mr. Win Aung, the Chairperson for Thilawa SEZ expressed happiness at the wonderful demand for his company’s shares and stated that the company wants all its shareholders to enjoy its profits. It was also a good day for another company named The First Myanmar Investment as its share price also increased 4,500 Kayats to 31,000 Kayats.