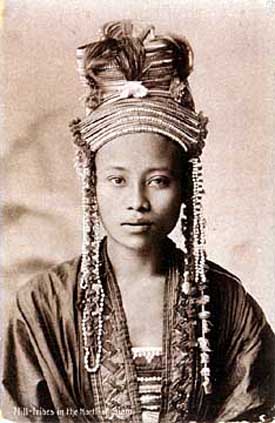 ‘Myanmar’ is the new name of Burma. In 1989, the political leaders of the country changed it (in “Burmese”, the national language of the country, Burma is spelled as ‘Myanmar’). Located in the South East Asia, Burma is also known as the land of Pagodas. There are many Buddhist shrines spanning the mainland. Burma is naturally alienated by mountains on its three sides.

Bagan, the capital city of Burma is perhaps the most affluent places of the country. It is loaded with over 2000 Stupas and pagodas. After the devastating earthquake in 1975, the restorations of the historical structures have not been completed till date.

The Burmans comprise the two third of the total population in Myanmar. It is said that about a thousand years ago, the precursors of the Burmans came down, from the mountains of southern China, to Myanmar. They started living with the people previously dwelling in the land harmoniously.

Apart from the Burmans, there are also other ethnic tribes in Myanmar. The Chin, the Kachin, the Shan, the Karen and the Mon are the other groups of ethnic tribes who live in the hilly regions of the land. Most of them do not subscribe to the Central Government of Myanmar (erstwhile Burma). However, the total population of the country also encompasses other ethic groups such as Indians, Bangladeshis and Chinese.