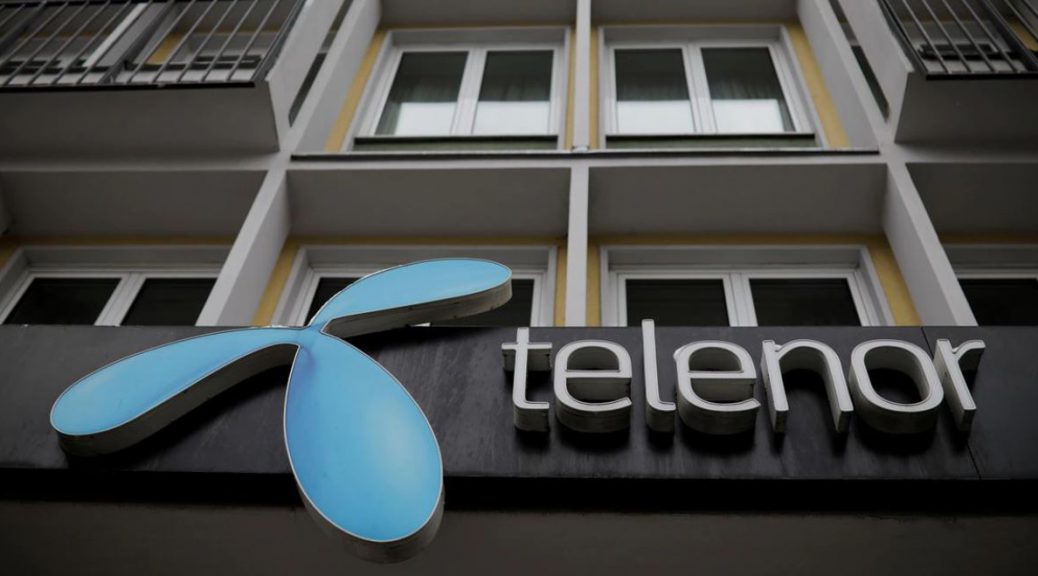 Norway’s Telenor (TEL.OL) wrote off the value of its Myanmar operation in light of the country’s deteriorating security and human rights situation, plunging the group into a first-quarter loss and sending its shares lower on Tuesday.

While it will continue to operate in Myanmar, Telenor’s mobile business in the Asian country, where it has had a presence since 2014, remains severely restricted following the military’s seizing of power in a Feb. 1 coup. read more

The new regime imposed network restrictions for all operators, and on March 15 ordered a nationwide shutdown of mobile data that has since cut Telenor’s subscription and traffic revenues in the country in half, the company said.

However, it still added some 2 million users in Myanmar during the quarter as call volumes rose, increasing its local customer base to 18.2 million.

“Telenor calls on the authorities to immediately reinstate unimpeded communications and respect the rights to freedom of expression and human rights,” the company said in a statement.

“We still believe we are making a difference when keeping our operations running,” he told an earnings presentation. “We strive to continue to do so to the best of our ability.”

The company declined to comment on whether it was realistic to expect any cash flow from the Myanmar operation for the time being, with Brekke adding that the current uncertainty made it impossible to comment on future options.

“Our continued presence will depend on the development in the country and the ability to contribute positively to the people of Myanmar,” he said.

Telenor fully impaired Telenor Myanmar in its first-quarter accounts, booking a loss of 6.5 billion crowns ($783 million) and removing the operation from its overall corporate outlook for 2021.

As a result of the writedown, the Telenor group’s net earnings slumped to a loss of 3.9 billion Norwegian crowns in the first quarter from a year-ago profit of 698 million crowns.

Adjusted earnings before interest, tax, depreciation and amortisation (EBITDA) fell 8% year-on-year to 13 billion crowns, in line with an analyst forecast of 13.1 billion crowns.

Telenor reiterated full-year guidance for overall organic revenue and earnings to remain unchanged year-on-year from 2020, excluding the Myanmar impact. It repeated that capital expenditure would amount to between 15% and 16% of sales.

Credit Suisse, which holds a neutral rating on the stock, said the guidance technically amounted to a downgrade due to the exclusion of Myanmar, which represented 6% of group revenue and 7% of EBITDA last year.

“The Asian operations otherwise delivered a decent performance in Thailand and Malaysia offset by Myanmar and there was some weakness in the Nordics as the competitive environment remains tough in markets like Sweden and Norway,” the bank said.

The company, which serves 187 million customers in nine countries across Europe and Asia, a net gain of 5 million since the start of the year, last month announced plans to merge its Malaysian unit with competitor Axiata (AXIA.KL), seeking to form a new market leader. .