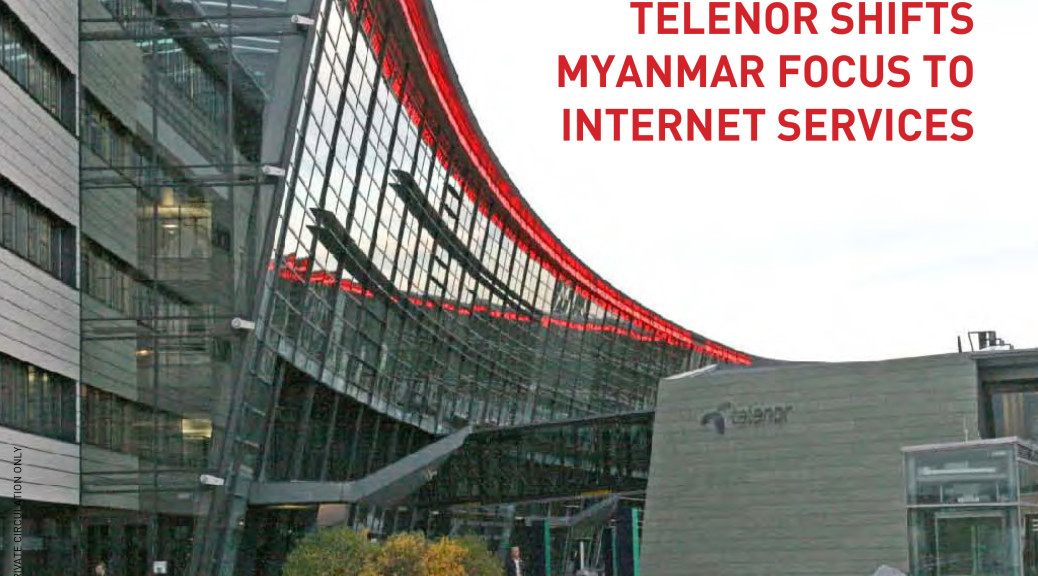 As the era of rapid telecom subscriber growth in Myanmar has ended, one of the chief operators in the country, the Norwegian telecoms company Telenor, will now focus on improving its internet services. Myanmar’s telecoms sector was liberalized in 2011 and soon after that Telenor established itself as the number 2 player in the market with 18 million subscribers. The initial phase saw tremendous growth in the telecom sector with various companies competing to get more customers. However, now that the growth phase has subsided, focus has shifted towards providing better data services. Most people in Myanmar who wanted a SIM card have already obtained it and now the companies are competing to retain existing customers rather than targeting on getting new ones who have never used a cellphone before.

In Myanmar there are no fixed line alternatives available to most people and many people don’t even own a computer. Therefore, people are jumping at the chance to be able to access the internet through their smartphones. Facebook, WhatsApp and Viber are already extremely popular in the country. Main competitors of Telenor are Qatar’s Ooredoo and Myanmar Posts and Telecommunications (MPT) which has partnered with Japan’s KDDI Corp in order to improve its services. According to estimates, MPT has 21 million customers while Ooredoo has 9 million subscribers. Telenor is 3 million customers behind MPT and for in the third quarter this year,5.3 percent of its worldwide revenue came from Myanmar. Around 40 percent of this revenue came from data services while the remaining 60 percent was from voice calls and text messages.