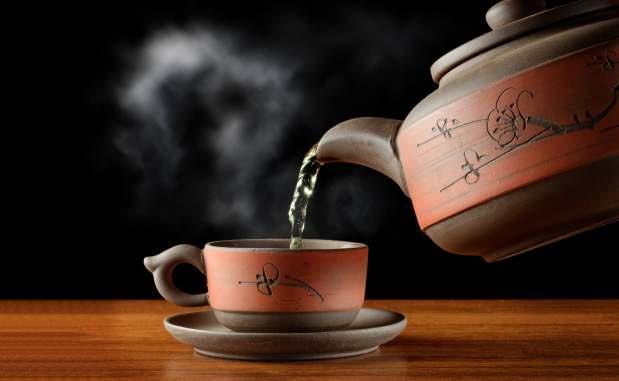 The Indian Ambassador to Myanmar, H.E. Gautam Mukhopadhyay, is a busy man. That said, I was able to catch him for an interview at his residence in Yangon on the eve of another round of hectic travel within Myanmar and North East India.

Gautam is the 21stAmbassador of India to Myanmar and a man with a colourful and highly successful career behind him. He joined the Indian Foreign Service in 1980 and has served in various capacities in Indian Embassies in Mexico, France, Cuba, Afghanistan and Syria, the Permanent Mission of India in New York, and in the Ministries of External Affairs and Defence in India. He was India’s Ambassador to Afghanistan from 2010 to 2013 and has been serving as India’s Ambassador to Myanmar for the past 18 months.

He enters the high ceilinged drawing room within his Yangon home with more than a spring in his step. There is a strong and distinctive sense that he’s a man with a mission and he’s keen to share it with me. I’m meeting with him to discuss the subject of trade and trade corridor initiatives now firmly in motion between the Government of India and Government of Myanmar. These trade ‘corridors’ are also the new buzz word. Tea is served and without further ado I’m asking what are some of the key economic and political initiatives now currently under discussion between India and Myanmar in particular respect to the new international trade relationships with the North East of India.

“There are a number of initiatives on the Trade front, development front and investment front. On the trade front the Trilateral highway and upgrading the road from Moreh in Manipur to mae sot in Thailand via mandalay in Myanmar is being upgraded – which includes upgrading 71 bridges on that road. This is all key in terms of trade and connectivity. We’re also in a state of advanced thinking about a number of other investment measures.”

I ask him about what sort of investment measures. “These are private investments that will follow the logic of the economy. In Myanmar they are trying to move towards a market economy. Alot of the state economy has been privatized – so we’re looking mostly at private partnerships.The Government of Myanmar has put out tenders and we expect that our Indian companies will bid successfully.”

I’m keen to ask what economic pledges he is seeking between the two countries. “The Government of Myanmar is opening up and looking for international partnerships. In the last 3 months I would say that we have noticed a really substantial surge of interest in Indian business with Myanmar and this has been manifested in a number of trade and investment exhibitions and a number of very serious and good business delegations. We are already beginning to see the first signs of Myanmar business taking interest in India. For example, there’s an upcoming N.E connectivity event in Guwahati, there’ll be a CII (Check spelling) meeting in Jaipur in January where we hope to get a good presence from Myanmar for this and what we are trying for is if Myanmar will actually hold an investment roadshow on this occasion and which will focus attention on Myanmar as an investment destination. So what political and economic co-operation pledges is he seeking be twe en Indi a and Myanmar for the Trade corridor initiatives? “ This plan would extend the existing Friendship Road border point at Moreh (Manipur) with Myanmar, and connect two more border towns, Zokhathar in Mizoram and Avakhung in Nagaland – again with Myanmar. The corridor’s success will depend on thriving industrial activity being developed around it – not just big private players feeding off the region’s lucrative natural resource base, but more specifically small and medium value-added businesses”.

India’s new Government under Prime Minister Narendra Modi’s BJP party has vowed to increase its influence across Asia and the Far East – and in particular to challenge China’s economic dominance. So how high are the stakes and given China’s historic economic and political influence over several decades in Myanmar, I ask him how challenging does he personally see this for India ?

“I’m not so sure I would characterize the new Government’s mission in the way you have and that we are out to challenge China in any way”, he argues. “I think the PM and the new government’s focus is very much on the development of India. And the focus is on what India and the world can do for that development. Today, for example in Myanmar, Indian products have a good reputation in terms of quality but they are nor seen as cheap or as competitive as Chinese. But, I think we can brand ourselves with these five things: high technology, cost, quality, service and reliability.”

But given this I ask, what incentives and inducements is India offering the government of Myanmar to increase greater co-operation between the two countries?

“I’m not so sure we are using inducement”, he smiles. “We have a development partnership department in our Foreign Ministry. The word is very carefully chosen. We don’t see ourselves as donors, we don’t see our partnerships as assistance in that sense of the term; what we see it as being is a partnership for mutual benefit. Now in the context of that partnership, very few people know that our financial commitment to Myanmar, if we were to accumulate and or value it, its worth close to a total of US$ 2 billion and this if I’m not wrong, compares very favorably with the most generous of the industrialized and advanced economies. Out of this amount a large component goes on this connectivity project which is for our mutual benefit. If we connect the State of Mizoram and Rakhine State to Sitwe, they benefit Rakhine State and they also benefit us. The second is that around US$ 750 million is in terms of very concessional lines of credit that we give to the Myanmar government according to its development priority. One can see the economic benefits that India stands to gain from a trading corridor between the N.E of India and Myanmar – but how will Myanmar itself tangibly benefit from such closer ties? I ask him what are the actual discussions going on right now on this and am keen for him to give me a flavor and some substance on what’s been agreed in terms of the North-east initiative.

“The single biggest thing that needs to be done”, he says, “ is that we’re in the process of trying to upgrade the border trade infrastructure at Moreh which is the most active border crossing point. We are setting up something there called the Integrated Checkpoint – to facilitate trade from both sides such as warehouses, faster customs; we are also talking about opening up what we call ‘Border Hearts’ which are border markets, where people on both sides can trade with each other.

So what can we expect to see next year in the way of tangible results? “To establish the region as a biodiversity zone, cooperation between the authorities and stakeholders in N.E India, Myanmar, and Bhutan will be of paramount importance.

My allotted time for our interview is fast drawing to a close but I have one more question I’m more than curious to ask. “So, how do we understand what Myanmar has to give to the world”? The Ambassador sits forward. “I think this is a really important question that generally is ignored. Since I’ve been here in Myanmar its something I’ve very much felt. First, because of their insulation, they have preserved their culture, their traditions and their values particularly their deep devotion to Buddhism. Also, if you look at the status of women in Myanmar its possible among the most equal, gender equal societies in the world. Gandhi noticed this when he came here in 1921 and he recorded that Myanmar women enjoy a really good status and that India could learn from that. And Peace – having come from Syria and Afghanistan where I’ve been, I very much value law and order and the peace that you have here in Myanmar. Even when you travel to some of the areas affected by ethnic armed insurgency, its a fairly disciplined war -its not terrorism that you see in many parts of the world. Even as regards tourism – there is a lot that India can learn from Myanmar and we not just as India but we as the world.

Treat it as it is and with the respect that it deserves”.

Having just visited Myanmar for the first time myself, I can empathize with these sentiments as this country is undoubtedly emerging from a dark and distressing past to a new political and economic dawn.

Notwithstanding the political differences between the two countries, there is no doubting the Ambassador’s passion and commitment to bringing his country and the

Government of Myanmar closer together. Increasing trade ties between these two countries is the hot topic and the North-Eastern corridor initiatives now underway look set to prove a serious game-changer in this regard.