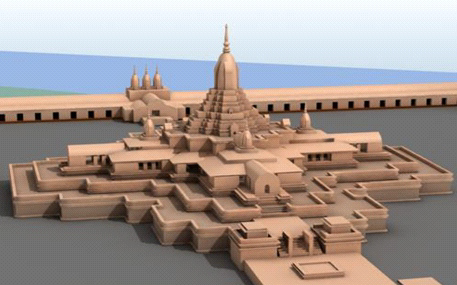 Somapura Mahavira is one of the most popular tourist destinations in Bangladesh. It is also one of the most important archaeological sites not just in the region but in the entire world. The importance of this place can be judged by the fact that it was designated a UNESCO World Heritage Site in the year 1985. It is located in a small village named Paharpur situated to the north-west of Bangladesh which falls in the Naogaon District. This structure goes back a long time in history and was built by the second Pala king Dharmapala around 710-810 A.D.

During that era a large number of Buddhist monasteries grew up in ancient Bengal and Magadha region and among those numerous monasteries, five grand Mahaviharas were most noteworthy. Besides Somapura Mahavihara, the other four Mahaviharas were Vikramshila, Nalanda, Odantapura, and Jaggadala. As per historians, Somapura Mahavihara started to decline during the second half of the 12th century. The reason for decline is speculated to be massive displacement of population due to Muslim invasion. Today, Somapura is the most popular and most visited of all the five ancient Mahaviharas attracting tourists from all over the world.

This historical monastery has a very interesting architecture and its design can be depicted as a vast square quadrangle measuring roughly 920 feet with its main entrance on the northern side. The outer walls are shaped by lines of cells that face inwards toward the principle place of worship in the focal point of the yard. The central shrine has a cruciform ground arrangement and a terraced superstructure that ascents in three patios over the ground level to a stature of around 70 feet. The upper level is a huge rectangular focal square which shapes the central brick shaft.

The intermediate patio of this construction is a wide circumambulatory way which crosses through four primary houses of prayer or mandapas. At the halfway level, there were initially two groups of terracotta plaques circling the full perimeter of the place of worship.  Vandalism, burglary and expanding rot of the terracotta plaques have been the explanations behind their expulsion from the original site. About half of these terracotta plaques have now been placed and safeguarded in Situ.

The repair and reconstruction work carried out on the structure has greatly marred its integrity and authenticity.

Somapura Mahavira is a great treasure that history has presented to us and we must do every bit in our power to preserve it and learn from it. It is extremely important that all preservation work is focused solely on maintaining the stability of the structure without making any alterations to its originality. At present, only a part of the original structure is above the surface of the ground. This site presents immensely important archaeological mining opportunities. Somapura Mahavira can teach us a lot about our ancient history but the process to explore it further has to be chalked out very carefully to ensure that no damage is done to the actual structure.