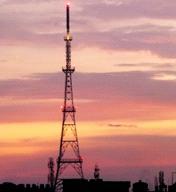 In an interesting development, Bangladesh will allow India to use its unspent bandwidth available at Cox Bazar. It took Indian government four years to convince Bangladesh to sign this agreement which was finally signed on June 5 during Prime Minister Narendra Modi’s visit to Bangladesh. Tripura will act as a gateway for the entry of this superfast internet service in the country but the benefits will not be limited to this one state only. BSNL has ambitious plans to distribute this 10 GB Internet connectivity throughout North East as well as to some mainland states.

In return for using the Cox Bazar submarine cable, BSNL will have to pay Rs. 7.2 crore annually to Bangladesh. An optical fiber would be laid from Agartala to Akhaura in order to harness the Cox Bazar’s bandwidth. This network is expected to be completed within the next three to four months. To fortify Broadband administration, a new plan hotspot has as of now been presented and BSNL has plans of installing over 173 hotspots in the North East region. A total of Rs. 5000 crore will be invested by the central government for the development of the telecom sector in the north eastern states.