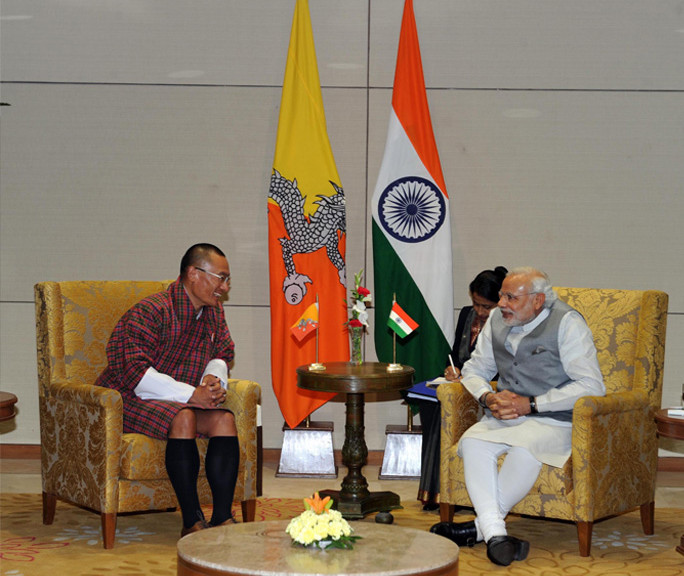 The 4th Annual India-Bhutan Development Cooperation Talks were held on 2 September 2015 in New Delhi.  During these talks India pledged Rs. 4,500 crore of project assistance to Bhutan. This assistance is being provided to support Bhutan’s 11th Five Year Plan (July 2013-June 2018) which is now entering its third year. The Bhutanese delegation for these talks was led by Foreign Secretary of Bhutan Mr. Dasho Tshering Dorji while the Indian delegation was headed By Secretary Economic Relations at The External Affairs Ministry Ms. Sujata Mehta.

The annual Development Cooperation Talks are the main platform where India’s bilateral developmental assistance to Bhutan is discussed.  This year during the talks, the progress of the Project Tied Assistance (PTA) projects linked to Bhutan’s 11th five year plan were reviewed and on the basis of the review a new reprioritized list of projects was formed and agreed to. Both sides expressed their satisfaction at the way the Small Development Projects (SDPs) are progressing.

Of the total Rs. 4,500 crore pledged by6 India, Rs. 2,800 crore will go towards PTA projects, Rs.850 crore is meant for SDPs, and another Rs. 850 crore is being provided as Program Grant. A total of 85 PTA projects and 485 SDPs have been broadly agreed for implementation during the current Plan period. Bhutan thanked India for the steady and timely disbursement of funds and release priorities for the next one year were highlighted as well. Thimpu was decided as the location of the next year’s annual Development Cooperation Talks date has not been decided yet.