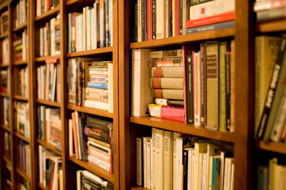 The Ministry of Tourism, Government of India has issued Rs. 310 crore for two libraries in Tripura. The move has come as a part of the central government’s development of national mission on libraries. The total approved sum for the scheme, “National mission on libraries-upgradation providing services to the public” during the 12th plan is Rs 400 crore. As of now, the Ministry of Tourism has declared that it will fund around 22 other libraries in 11 states of the country. In Tripura, Rs. 223 crore will be spent on Birchandra State Central Library in the state’s capital Agartala. Another Rs. 87 crore will be spent on Unokoti District Library in Kailashahar. In order to make this mission a success, Ministry of Tourism has constituted a high level committee for executing national mission on libraries. The committee has been set up on the recommendation of National Knowledge Commission and it will have four core areas of work including creating national virtual library of India, setting up of NML model libraries, conducting quantitative and qualitative survey, and working on capacity building of the resources.