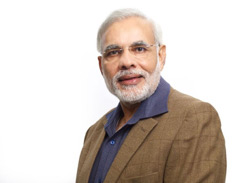 Petroleum Minister Mr. Dharmendra Pradhan made an announcement on February 10, 2016 regarding the Hydrocarbon Vision 2030 for Northeast India. He stated that the Government expects the oil and natural gas output from North East India to be doubled by the year 2030. In order to make this happen, an investment of Rs. 1, 30,000 crore will be made over the next 15 years.  Mr. Pradhan said that he believes that North Eastern states have huge potential in the oil and gas sector and in order to fully utilize that potential the government is willing to invest in ramping up refining capacity.

He further stated that Prime Minister Mr. Narendra Modi’s guidance has resulted in the formulation of a separate vision for the North East and its implementation will greatly help in taking this region to the heights of success and prosperity.  Further elaboration on the Hydrocarbon Vision 2030, Mr. Pradhan said that Rs 8,000-10,000 crore will be invested each year. The implementation will also lead to the creation of thousands of new jobs in the region.