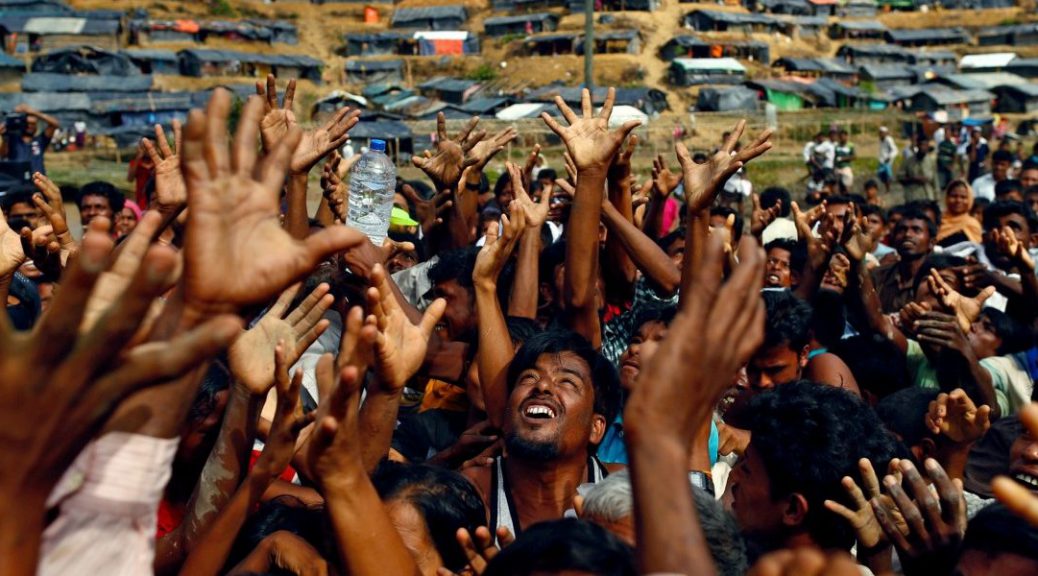 The woman has sought $ 2 million in compensation for the death of her husband, who was killed by government soldiers during a 2017 military crackdown in western Myanmar.

A Rohingya woman is seeking $2 million in compensation for the death of her husband, who was killed by government soldiers during a 2017 military crackdown in western Myanmar, lawyers said.

Legal Action Worldwide (LAW) and an international law firm, McDermott Will & Emery, said they filed a complaint on Thursday with Myanmar’s human rights commission on behalf of Setara Begum, whose husband Shoket Ullah was killed at Inn Din village in Rakhine state.

Her claim is the first complaint related to the Rohingya known to have been filed through Myanmar’s human rights commission, according to LAW, a legal non-profit organisation based in Geneva.

Representatives of the human rights commission were not available to comment when contacted by Reuters and a government spokesman did not reply to an email requesting comment or answer phone calls.

Begum’s husband Shoket Ullah, a 35-year-old fisherman, was among 10 men and boys killed by soldiers and villagers and buried in a shallow grave in September 2017, according to a subsequent Reuters investigation.

Myanmar’s army said it sentenced the soldiers responsible for the killings to terms of 10 years with hard labour, but they were released after less than a year.

“My husband was killed and Myanmar has let those soldiers who did that go free,” she said in a statement. “I am seeking justice for my husband and for all Rohingya, who have faced many similar issues,” said the 23-year-old.

Reuters journalists, Wa Lone and Kyaw Soe Oo, who documented the killings in an investigative report, spent more than 16 months in jail after being convicted of obtaining state secrets. They were released in an amnesty in May 2019.

More than 7,30,000 Rohingya were driven into neighbouring Bangladesh during the military campaign in 2017, which the United Nations stated was executed with genocidal intent.

Myanmar denies genocide and says its forces were carrying out legitimate security operations against militants who attacked police posts.

Myanmar’s leader Aung San Suu Kyi has said any violations could be dealt with by Myanmar’s justice system, and her government last year invited Rohingyas to submit complaints to the human rights commission.

She told a hearing at The Hague last December that “many of us in Myanmar were unhappy” with the pardoning of the soldiers over the killings at Inn Din.