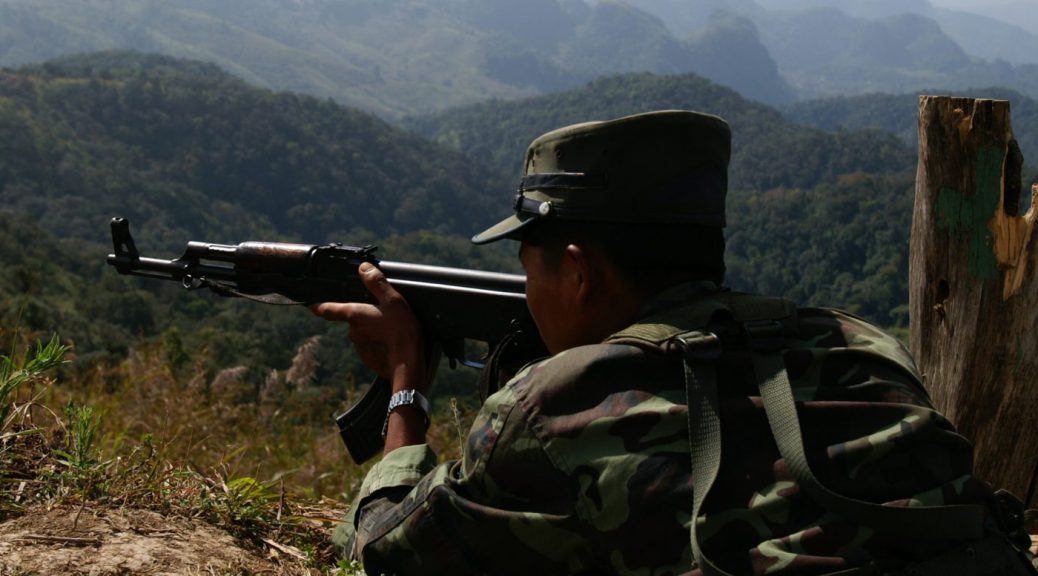 The UK government’s overseas anti-poverty fund is “urgently looking into” why a business it owns complied with demands from the Myanmar government to block independent media in the country.

CDC Group’s internal probe was triggered by a Finance Uncovered investigation, which has also prompted Labour shadow international development minister, Stephen Doughty to table parliamentary questions on the issue and suggest CDC should sell its stake in the company.

In March, Myanmar’s transport and communications ministry wrote to all of the country’s internet service providers, demanding they block more than 2,000 websites, including 67 news outlets, on the “pretext” they were spreading fake news about coronavirus.

Frontiir complied with the government’s request, the company confirmed.

But this sparked a backlash from Burmese editors, lawyers, and activists.

In a letter of complaint, seen by Finance Uncovered, they accused the provider of flouting human rights law by implementing the government’s orders.

“Your company is helping the Myanmar government censor essential information to vulnerable populations at a period when access to information is key for their very survival”, they wrote.

The Myanmar government, under the watchful eye of the military who retain significant economic and political power, has perpetrated what are widely considered to be serious human rights violations and is violently clamping down on the free media and civil society activists.

The civilian government, which remains subordinate in many spheres to the military, has also overseen the arrest of dozens of dissidents.

When Finance Uncovered asked CDC if it had a view on Frontiir’s decision to comply with the request, a spokeswoman for the bank said it was “urgently looking into these concerns”.

“CDC has clear rules in place to ensure funding does not support any organisation involved in human rights abuses”, the spokeswoman added.

“We condemn action to restrict the freedom of expression of journalists. The UK Government, our owner, repeatedly raises the issue of internet restrictions and shut downs at the highest levels with the Myanmar Government.”

Mobile internet is a vital source of information about coronavirus, but it is also used in conflict-torn regions of the country as a way for communities under attack to warn friends and relatives of coming trouble.

In the northwestern region of Rakhine, formerly known as Arakan state, it has been blocked entirely since last June.

Authorities say the internet blackout is an “emergency measure” necessary to crush the Arakan Army, an ethnic insurgency battling for greater independence.

Frontiir operates in two cities in Myanmar and is currently trying to expand into two more. “None of those cities,” a spokesman for CDC said, “are in or near Rakhine state.”

But some of the websites Frontiir and other internet service providers blocked had held the government to account over its handling of the Arakan conflict, fuelling fears the move is a smokescreen for a further media crackdown.

“The list included independent media websites under the pretext that they allegedly disseminate “fake news””, said the complaint.

“[It follows previous directives] to shut down mobile internet access in Maungdaw, Buthidaung, Rathedaung, Paletwa and Myebon townships. This was a continuation of previous shutdown orders”, the letter added.

In March, news editor Nay Myo Lin was detained for 10 days and charged with terrorism offences after he interviewed a spokesman for the Arakan Army, which had been designated a terrorist organisation. His outlet, Mandalay-based Voice of Myanmar, is on the list of websites the government wants blocked.

And news editor Aung Marm Oo went into hiding after he was charged last year under the Unlawful Associations Act, a law critics say is being used against ethnic minorities and to stifle political dissent. His Rakhine state news agency, Development Media Group, has reported human rights violations during the Arakan conflict. It is also on the list of websites to block.

At the time of publication, both websites were blocked in Myanmar.

Meanwhile, hundreds of thousands of minority-Muslim Rohingya are confined in camps in central Arakan, while corona cases are rising.

“The human rights abuses of the Myanmar Government including in Rakhine state are well known, so CDC have urgent questions to answer”, said shadow international development minister Stephen Doughty.

“If these allegations about Frontiir and their relationship with the Myanmar regime are proven, CDC must immediately divest.”

CDC is the UK’s development finance institution, which is meant to fund poverty reduction projects in the developing world.

It is wholly-owned by the Department for International Development (DfID).

The fund began life in the late 1940s as the Colonial Development Corporation to fund farmers in the British colonies as part of the post-Second World War rebuild.

Its work is currently overseen by Africa minister James Duddridge.

In response to a series of parliamentary questions by Doughty, DfID minister James Duddridge confirmed that CDC has invested $78.8m in Myanmar since 2015 in seven businesses including Frontiir.

CDC has been criticised for pouring cash into shopping centres, gated communities, and luxury hotels in poor countries.

It has also drawn criticism for allowing huge windfalls to senior figures through the sell-off of Actis, one of its investment funds. Senior CDC managers effectively sold it to themselves at below market value, investigative magazine Private Eye revealed in 2010.

More recently, the fund was criticised for failing to properly oversee its investments and prevent human rights violations.

Frontiir said its investment from CDC Group had been ploughed into job-creation:

“[The majority] of Frontiir’s 2100+ employees are Myanmar, and most are under 25 years old who are supporting their families in various regions with remittance”, it said in a statement.

“Frontiir intends to grow beyond urban cities and provide affordable digital access in other regions in Myanmar, including rural hard-to reach areas, while creating jobs for people in Myanmar with CDC’s investment.”