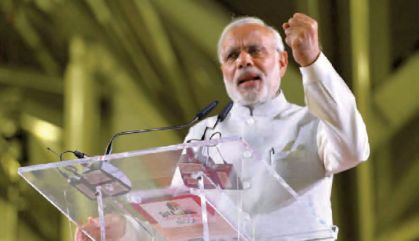 The bridge would ensure quicker road connectivity and accessibility, mitigating the travel time by 4 long hours. Its three lane construction spans through a length of 9.15km over and above the grandeur of Brahamaputra’s tributary river-Lohit. This is a great step assuring productivity in fuel usage, cost efficiency and the possible hydropower projects paving way to economic remunerative gains.

This architectural marvel’s strategic importance was a well – planned and prudent endeavor which commenced in 2011 with the vision to aid the military with facilitate passage to the border areas of China, more smoothly and seamlessly. The structure’s strength to endure heavy military tanks and machinery would serve as a huge asset in the coming times.

Mr. Modi’s interest in uplifting and ameliorating the economic and India’s P.M. Mr. Narendra Modi Dr. Bhupen Hazarika, Assam, India social status of the ‘Seven Rainbow States’ and its citizens can be gauged through his determination to lead this project to its culmination. His efforts involved in integrating the north eastern states to mainstream India deserve appreciation.

Since years, the north eastern states have suffered alienation and non-inclusive treatment from the locals and the officials alike; inviting notions of disunity and disengagement .However, with the inauguration of India’s longest bridge; 30% longer than Mumbai’s Bandra -Worli sea link, Mr. Modi has embarked upon the path of unity in diversity, more aggressively than ever , with the trumpeting of economic and infrastructural resuscitation of the north eastern states which would act as the microcosm to India’s mighty potential to enhance its economic development and GDP growth.