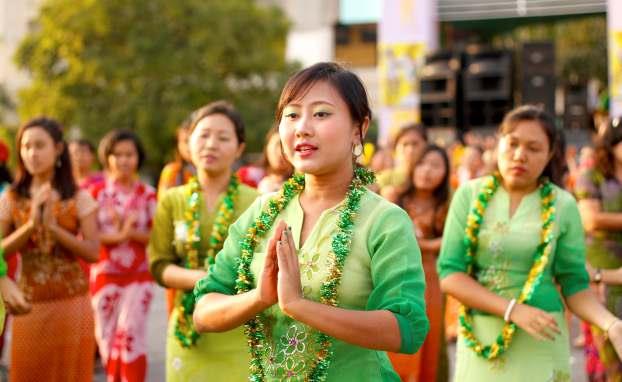 Historically, women in Myanmar have had a unique social status in Burmese society. According to the research done by Daw Mya Sein, Burmese women “for centuries – even before recorded history” owned a “high measure of independence” and had retained their “legal and economic rights” despite the influences of Buddhism and Hinduism.

The government should seriously consider introducing a quota system that mandates a minimum proportion of women in certain elected positions, or on political parties’ candidate lists. International experience shows that the success of quotas in raising women’s interactive/participation, and ensuring that government becomes more responsive to women’s preferences, is variable. Therefore, any such possible policy needs to be designed very carefully, and be appropriately tailored to the Myanmar context. Various governance actors should work together to increase the availability of gender awareness training, and training in relevant specific skills, to women across Myanmar. Skills and leadership trainings offered by the government and non-government actors need to be made equally accessible to women as they are to men. Important considerations in this regard include ensuring that trainings are offered at times when women are able to attend, and if long distance travel is required that safe means of travel (and accommodation if needed) are provided.

Women’s participation in the political life of Myanmar is gaining attention from policy makers and researchers, but systematic data remains lacking. Women’s leadership has been found to be especially strongly resisted in the spheres of politics, religion, and in many traditional cultural activities/societies. A number of the barriers to women’s participation are starting to fall, making the possibility of increasing women’s participation more likely.