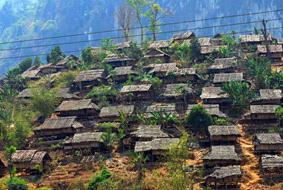 The beginning of the regional rainy season has brought along with it an increase in the dengue fever cases along the Thai-Myanmar border. The condition is particularly bad in the border town of Mae Sot where a large number of patients are turning in to Mae Tao Clinic for treatment. Health officials working at the clinic state that they have seen a marked increase in dengue cases since the beginning of June. As per the clinic’s community health department, this June has brought along more dengue cases as compared to last year. This year, health workers at the Mae Sot Clinic have already seen 71 dengue cases.

The health workers working at the refugee camps have also seen an increase in the dengue cases. Many of the affected are young children below the age of 15 and as most of the parents are illiterate many times they are not even able to recognize the illness in their children until it is too late. International organizations such as PU-AMI are trying to help those already infected and also to prevent the further spread of dengue in the region. Fever, body pain, muscle and joint pain, and a rash are the common symptoms of dengue. NGO’s are attempting to educate the people about these symptoms so that timely treatment can be provided to the patients.