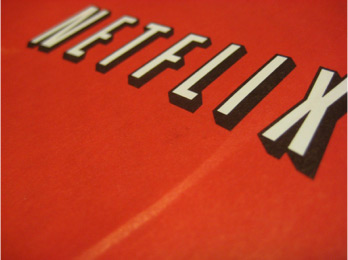 On January 6, 2016, Netflix launched its streaming service in 130 new countries. Netflix is the world’s largest internet television network and it has more reach than almost any other traditional broadcaster with YouTube and local new channels being the only exceptions. Myanmar is one of the countries where Netflix is available now but as the current internet speed available in this country are quite slow it might not be able to become popular just yet. High cost of internet services in Myanmar is another hindrance so people here might have to rely on DVDs to watch their favourite movies and TV shows for some more time.

The availability of Wi-Fi connections and 3G networks is a very new development in Myanmar. People here are just getting accustomed to using internet for anything more than sending e-mails. There are three main internet services operating in Myanmar- Telenor, Ooredoo and Myanmar Post and Telecommunications (MPT). Ookla, a renowned internet metrics provider recently conducted a study which showed that none of these networks are fast enough to enable people to enjoy Netflix comfortably and at the moment all of them are quite expensive as well.

The internet service providers in Myanmar have welcomed this move from Netflix though they understand that at it will take some time before people can actually start using this service here. The average download speed of 6 megabits per second means that even 1 gigabit of data, which can be the size of a single episode of some TV series, will take 3.7 hours to download. Streaming over Wi-Fi networks in this country is even slower and will require frequent buffering which can be many hours to watch just one season of a TV series. As Wi-Fi networks are extremely slow people here mostly rely on   3G networks which are quite expensive.Telenor is Myanmar’s largest 3G network with around 12 million customers.The cost of services provided by this company is 6 Kyats/MB for a speed of 2 megabits per second. A 6.5 GB premium internet package provided by MPT costs 25,000 kyats.

This is way too expensive for most Myanmar citizens and though Netflix provides one month free trial, after that initial month there is $ 8 per month charge. A whole season of a TV series is easily available on DVD for a cost equivalent to around just $ 5. Therefore in present situation people will find DVD to be a much better and cheaper option than using Netflix services. Another issue is that online purchase of a Netflix package will require the use of a credit card which most people here do not have.

Myanmar is mainly a cash based society where many people have never ever had a credit card issued to their name and neither are they comfortable making such kind of transactions. This is expected to change in future but it is going to take some time and till then the chances of using Netflix services becoming a popular phenomenon are quite less. The good news is that many of Myanmar’s internet users are happy with this development. So, many of them have expressed their excitement about Netflix being available in their country over the internet. The move to go global has greatly benefitted Netflix in general and it has resulted in a sharp rise the company’s stock.