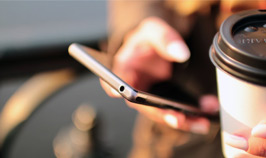 MySQUAR, a reputed company that provides local-language content platform in Myanmar, did really good business in the first half of 2015 fiscal year. A half yearly report published by the company on March 30, 2016 shows that this company kept performing well in the latter half of the year as well. MySQUAR is increasing its influence and minting Myanmar’s smartphone market. The company was able to achieve great results by keeping its focus on developing Myanmar-language mobile applications.

The total revenue achieved by MySQUAR for the six month period covered in the report amounts to $350,000. Whereas, its operating expenses for the same period have been declared as $1.63 million out of which $ 289,964 was spent on share-based payments. In July last year, this company got itself listed on AIM which is London Stock Exchange’s international market for smaller growing companies. It also entered into partnership with mobile network Ooredoo Myanmar. Both these moves have proved to be beneficial for MySQUAR and as of March 30, 2016 the number of its total users had reached 2 million.