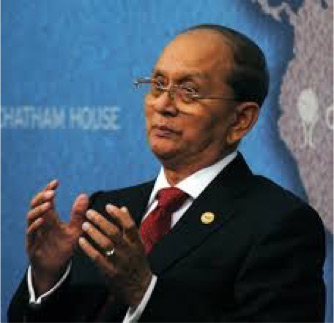 The view inside the Myanmar’s Parliament has greatly changed after the last elections as now many of the faces that have been there for years have been replaced by new ones. With National League of Democracy, headed by Ms. Aung San Suu Kyi, winning staggering 80 percent of the seats the control of the Government has shifted to a large extent from army into the hands of a more democratic system. Many of the elected members who are now a part of the Government have previously been political prisoners. Despite doubts from some of the cynics, the elections were conducted in a completely fair manner and the results are a proof of that.

Myanmar’s army and particularly ex-President Mr. Thein Sein has played a very important role in enabling and guiding Myanmar towards this next step in becoming a complete democracy. This was greatly appreciated and applauded by the international community and the United States President Mr. Barrack Obama personally called Myanmar President Mr. Thein Sein and commended his role in ensuring free and fair elections. Mr. Obama also called Ms. Aung San Suu Kyi and congratulated her for her party’s splendid win. These elections are a significant landmark in Myanmar’s history and they indicate the beginning of a new era. Myanmar has been under the control of a military junta for many decades and remained so until five years ago when the army controlled Government agreed to and facilitated the country’s transition towards becoming a full-fledged democracy. This country is still a few steps away from becoming a complete democracy but with these elections it is now closer to it than it has ever been in the last 50 years. As per Myanmar’s current constitution, the military still holds three top ministerial posts as well as 25 percent of the seats in Parliament. So, the destination of becoming a proper democracy has not yet been reached and there is still more distance to cover. However, the good news is that Myanmar is certainly moving in the right direction and if it stays on the right track it will get there sooner or later.

However, Ms. Suu Kyi herself not becoming the president should not matter much because whether she holds the highest post or not, it is quite evident that is still going to have enough power to bring about the changes that she intends. She proposed the name of Mr. Htin Kyaw for the post and he comfortable won the seat. Ms. Suu Kyi herself took the post of Minister of Foreign Affairs of Myanmar. On April 5, 2016 another important development took place wherein Myanmar’s Parliament created a powerful new role for Ms. Aung San Suu Kyi. This role has been named “State Counselor” and it will give her a very wide range of powers. The expectations from this new NLD Government are huge. The people of Myanmar are hoping that under the leadership of Ms. Suu Kyi, they will be able to see development, prosperity, and better employment opportunities. The international community is hoping that this Government will take the country further ahead towards becoming a complete democracy and they also hope it will address their concerns regarding human rights and the treatment of women.

There is strong belief in the good intentions of the new Government and its desire to do all the right things. However, there are also some challenges in its path that it will have to overcome if it is to prove effective and make a significant impact. The biggest challenge will be working along with the army which still holds a significant amount of control and power. The NLD Government will need to find a common ground where these two different ideologies can meet and work together for the betterment of Myanmar. Ms. Suu Kyi has already exhibited dynamic diplomatic and management skills in the way she is working with the previous army Government. She displayed her intentions to work along with them and won their support by speaking at the peace conference organised by Mr. Thein Sein and fully endorsing it. Keeping peace and convincing various rebel insurgent groups to give up arms is going to be another big challenge. In which way and how effectively Myanmar’s new Government tackles these challenges is yet to be seen but most people trust Ms. Suu Kyi and believe she will be able to find the right way.