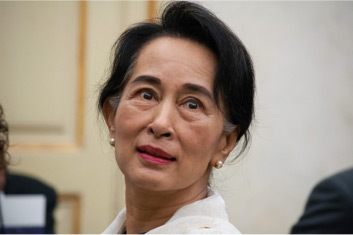 70 years old Ms. Aung San Suu Kyi’s influence was demonstrated on April 5, 2016 when Myanmar’s parliament created a powerful new role especially for her. The governing party National League for Democracy’s leader Ms. Suu Kyi has been appointed as the “State Counselor” of Myanmar. This new role is vested with a wide range of powers many of which are undefined clearly. This fact may enable her to exert a great deal of power and in some cases she might even be able to bypass Myanmar’s current constitution.

Some people might see this move as Ms. Suu Kyi’s way of overcoming the limitations imposed on her by the current constitution of Myanmar which prohibited her from becoming the President of the country. The clause in the constitution, which bars any person with family members who are foreign citizens to hold the highest seat in Myanmar, is considered to have been added for the sole purpose if preventing Ms. Suu Kyi from becoming the country’s President.

The constitution of Myanmar, as it stands now, provides a significant amount of power and control to the army even after its having lost the elections and being an opposition party now. The army still has many important posts reserved for it and its approval is in a way mandatory for making significant amendments to the constitution. The role of “State Counselor” has given Ms. Suu Kyi legal authority to direct all government activity and policy that is not controlled by the military.