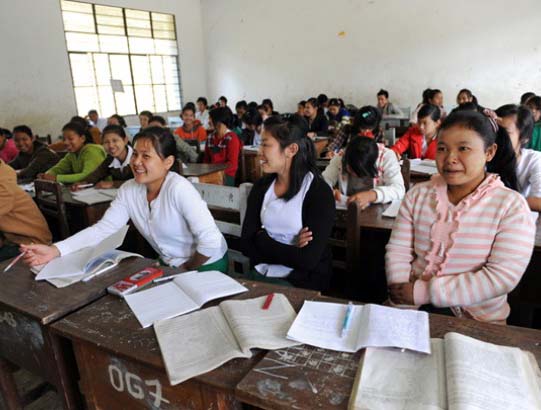 Foreign language study is booming in Myanmar as political change fuels young people’s hopes of opportunities at home and abroad of which their parents never dreamed. Myanmar’s linguistic spree is part of a broader re-emergence of a historic cosmopolitanism in a country at Asia’s heart that has seen millennia of immigration but was sealed off from the wider world. Some students are relishing the opportunities for study overseas that renewed international engagement is bringing, with many sanctions rolled back since the political transition began. Others are preparing for the world to come to them, as international excitement grows over the commercial prospects in a resource-rich country.