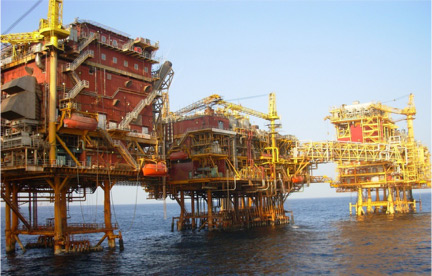 Both local and foreign oil and gas companies have become extremely interested in Myanmar after the discovery of gas in Block A-6. Myanmar Government and foreign companies are hopeful that this is just a beginning and many more discoveries will be made in future. This discovery has shown that there is a huge potential for finding large reserves of gas in Myanmar’s deep water blocks. A total of 51 offshore blocks are present in Myanmar’s off shore areas and exploration activities are going to be conducted in 18 of them. Deadlines have been set for the companies which have won exploration rights for these areas.

For blocks where water is shallow, exploration has to begin by 2017 and for deep-water blocks these activities should start by 2018.Additionally, 20 more of these blocks have been auctioned off and pre-exploration activities are in progress in those areas. Speaking on behalf of Myanmar Oil and Gas Enterprise (MOGE) at the “Offshore Summit Myanmar 2016” its director Mr. Than Minn has stated that they are quite confident about making numerous gas discoveries in future. He further added that exploration rights will be issued to oil and gas companies on a first come first serve basis.

MPRL E&P, a local Myanmar company, joined hands with a few foreign co-investors and with their help it has been successful in discovering gas in Shwe Yee Htun-1 well located in the Rakhine Basin. Total E&P and Woodside are the companies working along with MPRL E&P and they both hold 40 per cent each in the project. MOGE is working towards developing hydrocarbon resources on its own and at the same time it is also speaking to and trying to persuade international companies to intensify ongoing exploration efforts and come forward to carry out explorations in more blocks.