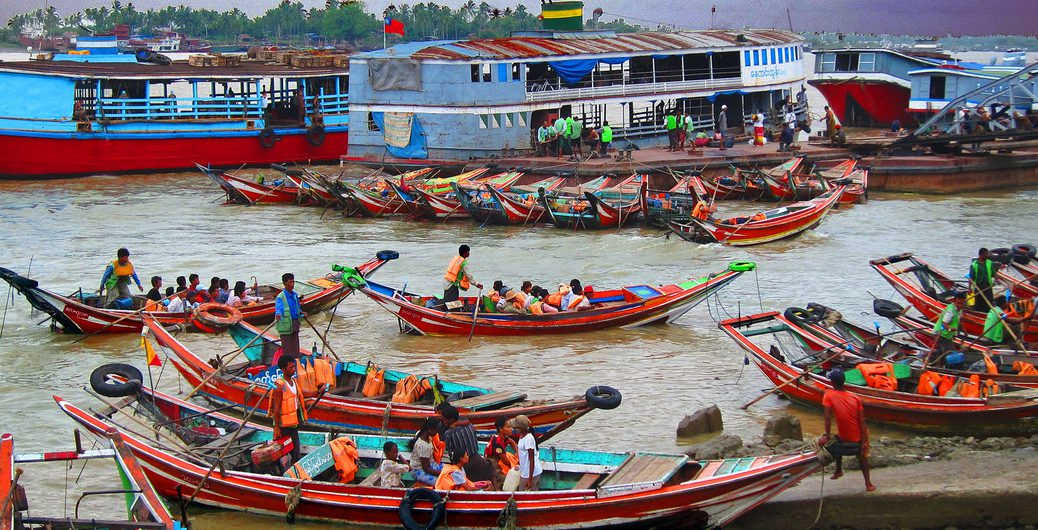 The UN Country Team in Myanmar remains “deeply concerned over the humanitarian impact” of the country’s ongoing crises stemming largely from the military coup in February, the UN Spokesperson said on Tuesday.

“This includes one million people who were in need at the start of the year, plus an additional two million people identified as needing help after the military takeover on 1 February”, he said.

At that time, following a general election in which Aung San Suu Kyi’s National League for Democracy party won by a landslide, the military seized control of the country and declared a year-long state of emergency.

As protesters took to the streets, security forces imposed curfews and other restrictions, leading to widespread alleged human rights abuses, thousands of arrests, and hundreds of deaths.

This comes as a recent wave of COVID-19 has exacerbated the dire humanitarian situation. At the same time, floods in Rakhine and Kayin states, have left tens of thousands without water and sanitation.

“The UN once again calls on parties concerned to ensure that aid can be scaled up to reach people affected by the continued armed conflict”, said the Spokesperson.

Despite conflict and COVID, the UN Children’s Fund (UNICEF) and its partners have been able to reach more than 33,000 people with water and sanitation supplies.

Meanwhile, the agency on Monday posted a detailed account of the deteriorating situation in Mindat – located in the southern Chin state of western Myanmar – which has been under martial law since May.

According to a UN humanitarian report, Mindat is one of the worst affected places in the country, with residents there urgent need of support.

Amid continuing armed clashes and a devasting third wave of the pandemic, UNICEF told the story in a blog post of Hay Mar and her husband, who, like many others, decided to flee the violence, forced to leaving behind some of the most vulnerable – including elderly relatives, and heavily pregnant women.

“My mother-in-law could have run with us, but she said she didn’t want to. She wanted to stay in her home”, said Hay Mar.

The family fashioned makeshift shelters in the forest, which left them with little protection from the monsoon rains.

Two weeks after Hay Mar and her family left, she began to worry about her mother-in-law.

With her three children in tow, she decided to return to the town.

Although her youngest was petrified as they re-entered, she said that he is now slowly showing signs of overcoming the trauma and is returning to the lively boy he once was.

While Hay Mar is happy to see positive changes in him, she is unsure how long this period of peace and calm will last.

Like most of the other children in Mindat, her 12 and 17-year-olds have been out of school for almost two years – first because of the pandemic and then due to the life-threatening security crisis.

“If we live in this situation, how will my children grow? I’m very worried about their future. I just want to live in peace”, she told UNICEF.