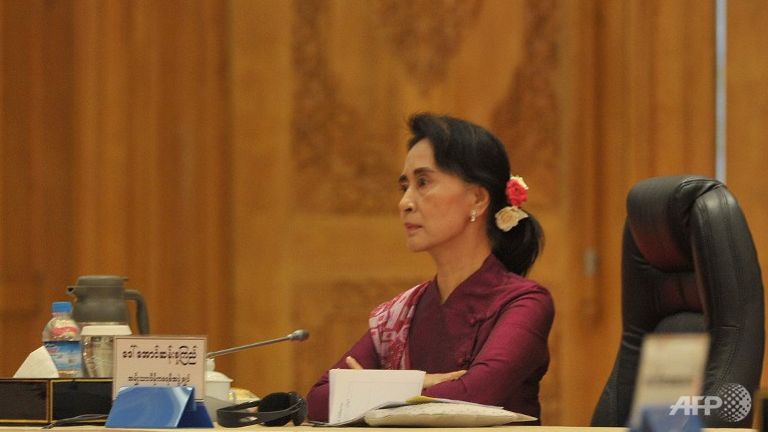 YANGON: Political parties in Myanmar will be up for one of their toughest general election battles at the end of this year.

The country is expected to hold its first free and fair nationwide elections by end-2015, and about 70 political parties are expected to participate.

In the first of a five-part series, Channel NewsAsia finds out how some political parties are gearing up.

Myanmar last held a general election in 2010, after some 50 years of military rule. Not surprisingly, the Union Solidarity and Development Party (USDP), the party associated with the military, won the election.

Through a by-election in 2012, the NLD won 43 out of 44 seats they contested. This year’s election is set to be a watershed moment for the country.

But the ruling USDP is unfazed, believing their track record over the last four years, will speak for itself.

“The people elected the party and the people who they believed in – to work for people, more than our party USDP. Later on, they’ll feel and see if this change is helping them, and then the people will elect the party which can work more for them in the 2015 election”, said vice-chairman of USDP, Htay Oo.

Putting pressure on the ruling party is Aung San Suu Kyi’s National League for Democracy. The key opposition party has been vocal in demanding for a change in the constitution that they deem undemocratic.

If the 2012 by-election result is anything to go by, the NLD is confident of the support from the citizens. It is determined to challenge the USDP’s claim in developing the country.

National League for Democracy spokesman Nyan Win said: “NLD is the party to make the country developed and to be democratic. This is only one party. Other parties are just like USDP – they are very wealthy from our country’s budget. They take … from our country, our people’s money, not the government’s money.”

Incumbent parties may have the advantages of a well-oiled election machinery and also a ready pool of supporters. But the disadvantages they face include how to convince voters with words that they have heard time and again and how to try to win over these citizens who are so eager for a change now, more than ever.