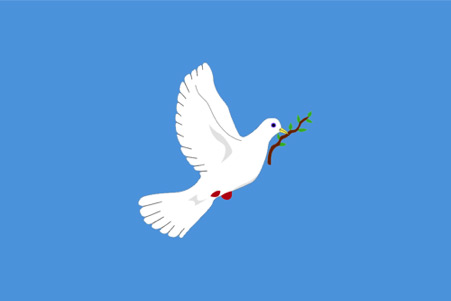 This year’s annual report published by Global Peace Index has shown that Myanmar continues moving in the right direction towards becoming a more peaceful country. Myanmar’s peace rankings have been increasing steadily for the last few years and the 2016 Global Peace Index has ranked it as the 115th most peaceful country in the world. In 2013 Myanmar was ranked 140th, in 2014 136th, and in 2015 it was ranked 130th in the Global Peace Index. In order to decide these rankings a total of 23 different factors are considered which include conflicts being fought by the country, terrorism, military expenditure etc. The study covers 163 countries and this year Iceland was declared as the most peaceful country in the world while Syria was considered to be the least peaceful. Myanmar’s significant increase in rank in the Global Peace Index can be attributed to peaceful elections being conducted in the end of 2015, increasing political stability and the signing of a multiparty cease fire agreement with armed rebel groups.