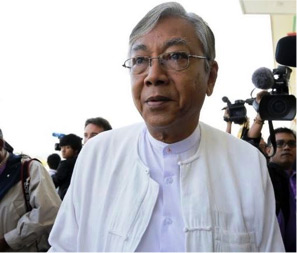 Myanmar’s newly appointed President Mr. Htin Kyaw has signed a pardon for 83 political prisoners which were detained by the previous government. The pardon was signed on April 17 which also happens to be Myanmar’s traditional New Year’s Day known as Thingyan. All 83 prisoners were freed by amnesty on the very same day. Furthermore, Mr. Kyaw vowed that he will continue all efforts to ensure the release and freedom of the remaining political prisoners. This development takes forward Myanmar Government’s previous decision to free 138 political prisoners on April 8, 2016.

The exact number of the remaining political prisoners is not yet clear but the NLD Government is trying its best to locate and help all of them. This includes both those individuals who are serving sentence and those who are outside prison but are still fighting the charges levied against them by the previous Government. Besides political activists many student protestors have also been arrested in the past and Mr. Kyaw and his party is focused in not only getting them released but also on taking steps to ensure that no such arrests are made in the future.