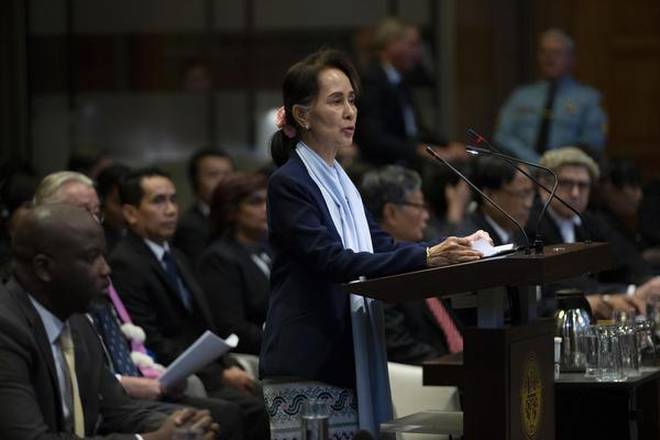 The Netherlands-based court had in January issued an order for Myanmar to implement provisional measures for the protection of the Rohingya.

Myanmar says it will submit a report due on Saturday outlining its claims of compliance with an order from the International Court of Justice to protect members of its Muslim Rohingya ethnic minority.

The Netherlands-based court in January issued an order for Myanmar to implement provisional measures for the protection of the Rohingya. The court agreed last year to consider a case alleging that Myanmar committed genocide against the group, an accusation vigorously denied by the government. The court’s proceedings are likely to continue for years.

Myanmar’s military in August 2017 launched what it called a clearance campaign in Rakhine state in response to an attack by a Rohingya insurgent group. The campaign forced about 7,40,000 Rohingya to flee to neighbouring Bangladesh and led to accusations that security forces committed mass rapes and killings and burned thousands of homes.

Chan Aye, director general of the International Organisations and Economic Department of Myanmar’s Foreign Ministry, said on Friday that the government was working on the report, but would not discuss its contents before submitting it.

Brigadier General Zaw Min Tun, a spokesman for Myanmar’s military, said it has complied with government orders by providing “complete and necessary information” for the report.ALSO READMyanmar and the limits of pan-Islamism

There is no obligation to make the report public.

The court order requires Myanmar to “take all measures within its power” to protect the Rohingya from genocide, to safeguard evidence relating to allegations of genocide and to prevent “public incitement” to commit genocide.

The court has no enforcement mechanism to ensure compliance, and similar orders in high-profile cases in the past involving Serbia and Uganda were ignored without consequence.

The most significant measure taken by Myanmar’s government since the court order appears to have been an April 8 presidential directive that all “military or other security forces, or civil services and local people under its control or direction do not commit (genocidal) acts.”

Critics, however, note that Myanmar’s military has a record of impunity regarding alleged offenses conducted by its personnel.

“While Myanmar’s recent presidential directives ordering government personnel not to commit genocide or destroy evidence appear in line with the International Court order, the reality remains that no meaningful steps to end atrocities — including the crime of apartheid — have been taken,” the human rights group Amnesty International said in a statement Friday.

Buddhist-majority Myanmar has long considered Rohingya Muslims to be “Bengali” immigrants from Bangladesh even though their families have lived in the country for generations. Nearly all have been denied citizenship since 1982, effectively rendering them stateless. They are also denied freedom of movement and other basic rights.