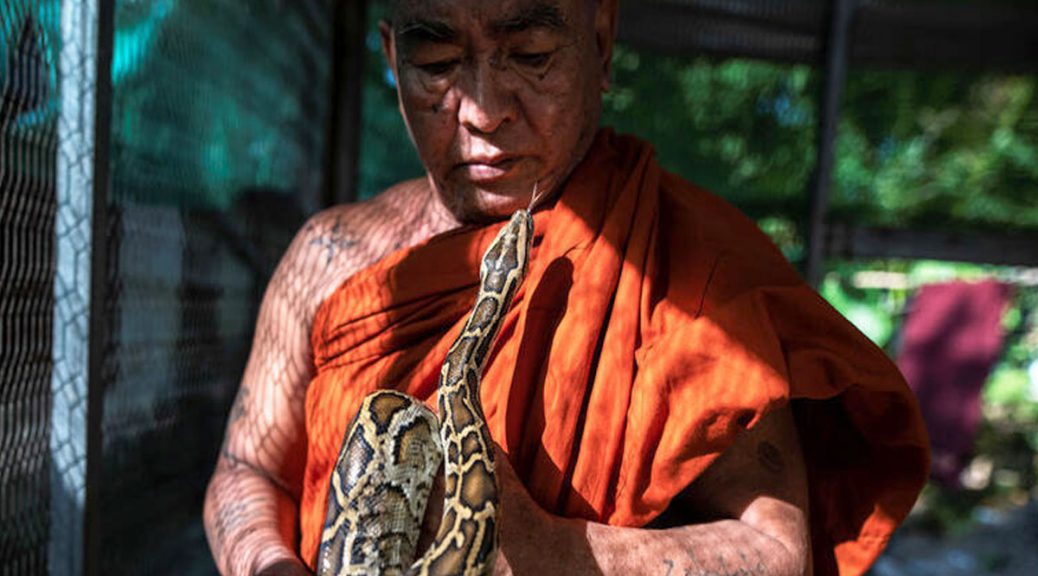 A Buddhist monk has created a refuge for snakes at the Seikta Thukha TetOo monastery in Myanmar’s Yangon.

Buddhist monk Wilatha has created a refuge for snakes including pythons, vipers and cobras at the Seikta Thukha TetOo monastery in Myanmar’s Yangon. The 69-year-old monk decided to rescue the snakes that might otherwise be killed or destined for the black market.

WHEN WAS THE SNAKE REFUGE LAUNCHED?

The snake refuge was launched five years ago. Apart from residents, government agencies also bring captured snakes to the monk, Reuters reports. Wilatha, who cleans the snakes using his saffron robe, said that he is protecting the natural ecological cycle.

“Once people catch snakes, they will likely try to find a buyer,” Wilatha said.

HOW DOES THE MONK RUN THE REFUGE?

The monk is dependent on donations for the roughly USD 300 required to feed the snakes, Reuters reports. Wilatha keeps the snakes in the refuge until he feels they are ready to go back to the wild.

Lately, Wilatha released several snakes at the Hlawga National Park, and said he was happy to see them slither into freedom but worried in case they were caught again. “They would be sold to the black market if they are caught by bad people,” he told Reuters.

However, it is imperative to release the snakes into the forests after a certain point of time as Kalyar Platt, a member of the Wildlife Conservation Society, said, “Generally, living in close proximity to people induces stress in snakes.”

As per conservationists, Myanmar has become a global hub in the illegal wildlife trade with snakes often smuggled to neighbouring countries like China and Thailand.