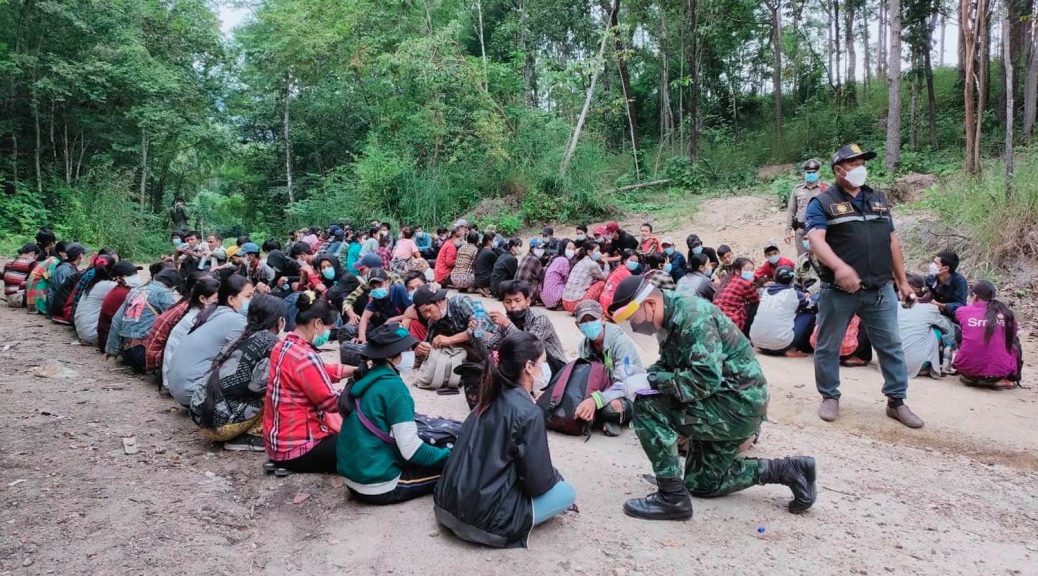 KANCHANABURI: A total of 131 illegal migrants from Myanmar were caught near the border in Sai Yok district on Saturday morning while waiting for transport to take them to workplaces.

A patrol of soldiers from the Lat Ya Task Force, local police and officials found a large group of people hiding in a forested area in Ban Thung Chang village of tambon Sri Mongkhol at around 6am.

The group comprised 72 men and 59 women, all Myanmar nationals. Health workers were sent to check their temperatures and all were normal.

The detainees told officials that they had travelled from Dawei, Yangon, Mawlamyine, Bago and other Myanmar townships to work in Thailand. They walked along natural trails at night to enter Thai territory before hiding in the forest to await transport to other provinces.

They said they were destined for jobs in Bangkok, Samut Sakhon, Kanchanaburi, Chon Buri and Prachin Buri. They were to pay between 17,000 and 20,000 baht each to job brokers upon arriving at their destinations.

All of them were handed over to Sai Yok police to be charged with illegal entry and deported.

The number of migrants crossing into Thailand from Myanmar has been rising steadily in recent weeks as the economy in their home country deteriorates, nine months after a military coup. On Thursday, 101 job seekers from Myanmar were caught after they crossed the border into Sai Yok district.