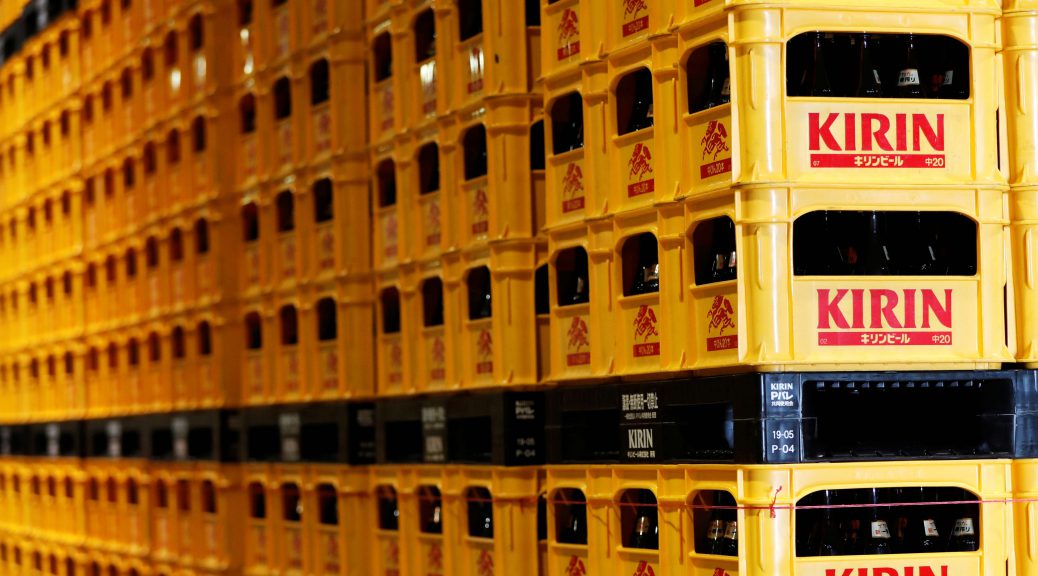 (Tokyo) – Japan-based Kirin Holdings Company, Ltd. should end its partnership with Myanmar Economic Holdings Ltd. (MEHL) because of its connections to Myanmar’s abusive armed forces, Human Rights Now, Human Rights Watch, Japan Volunteer International Center, and Shapla Neer said today. The organizations wrote to Kirin on May 22, 2020, urging the global beverage company to terminate its partnership with the military conglomerate, and the company responded on June 12.

“Kirin is putting money right into the pockets of Myanmar’s military, which is responsible for countless atrocities against the Rohingya and other ethnic minorities,” said Phil Robertson, deputy Asia director at Human Rights Watch. “Kirin should repair its damaged reputation by disentangling itself from the Myanmar military’s business conglomerate and its abusive armed forces.”

Myanmar’s armed forces, known as the Tatmadaw, have long been responsible for grave violations of human rights and the laws of war against the country’s ethnic minority populations. These abuses culminated in the August 2017 campaign of ethnic cleansing and crimes against humanity, including killings, sexual violence, and forced removal, against the ethnic Rohingya population in Rakhine State.

A United Nations-backed Fact-Finding Mission on Myanmar reported in 2018 that atrocities committed by Myanmar’s armed forces “rise to the level of both war crimes and crimes against humanity.” In a September 2019 report, the panel concluded that “any foreign business activity” involving Myanmar’s military and its conglomerates Myanmar Economic Holdings Limited and Myanmar Economic Corporation pose “a high risk of contributing to or being linked to, violations of human rights law and international humanitarian law. At a minimum, these foreign companies are contributing to supporting the Tatmadaw’s financial capacity.” The fact-finding mission advocated the “financial isolation” of the military to deter violations of international human rights and humanitarian law.

“It has been over six months since the Fact-Finding Mission report advised companies to financially isolate the Tatmadaw, but Kirin still remains in partnership with MEHL,” said Kazuko Ito, secretary-general of Human Rights Now. “Each day that Kirin maintains ties risks that its business operations are aiding the military commit further human rights violations.”

Kirin has additional links to Myanmar’s military. According to Amnesty International, Kirin’s subsidiary MBL made donations worth at least US$30,000 to the Tatmadaw and Rakhine State authorities between September and October 2017. This was at the height of the military’s ethnic cleansing campaign against the Rohingya.

“Kirin has failed to provide a good explanation for its subsidiary donating tens of thousands of dollars’ worth to the Myanmar military and authorities just as its troops were systematically killing, raping, and expelling Rohingya civilians and torching their villages,” said Takatoshi Hasebe, secretary-general of Japan International Volunteer Center. “Kirin should take the Fact-Finding Mission report seriously and end its relationship with these military-owned companies now.”

Kirin Group’s Human Rights Policy states the company will respect international human rights law instruments, including the United Nations Guiding Principles on Business and Human Rights. This means Kirin should “avoid causing or contributing to adverse human rights impacts through their own activities, and address such impacts when they occur,” and “seek to prevent or mitigate adverse human rights impacts that are directly linked to their operations, products or services by their business relationships, even if they have not contributed to those impacts.”

On June 12, Kirin responded to the groups’ letter, stating that it intends to “address the concerns raised by the international community regarding our business operations in Myanmar” and is “considering all actions and options available to us that will lead to a positive outcome for the people of Myanmar.”Kirin said it had signed the joint venture agreement on the condition that proceeds would not be used for military purposes, but also confirmed it has “formally commenced the process of exploring alternative structural options” regarding its ownership of its Myanmar businesses with help from external advisers.

Kirin also stated that “it is wholly unacceptable to Kirin that any proceeds from the joint-venture with the MEHL could be used for military purposes.” Kirin said it had hired a third-party auditor to “conduct an assessment of the materials provided by MEHL and other publicly available information” after stating “we have formally and repeatedly requested details of MEHL’s financial and governance structures to ascertain whether proceeds from joint-ventures with MEHL may have been used for military purposes.”

Kirin should urgently act to end its business partnership with the MEHL conglomerate and prevent its subsidiaries from making any further partnerships or donations to the Myanmar military, the organizations said.

“Kirin should demonstrate its commitment to its own Human Rights Policy by taking action to end its engagement with Myanmar’s military-controlled companies,” said Toyoaki Komatsu, secretary-general of Shaplaneer. “Such responsible action will show the country’s persecuted minority groups such as the Rohingya that demands for justice and accountability can bring results.”