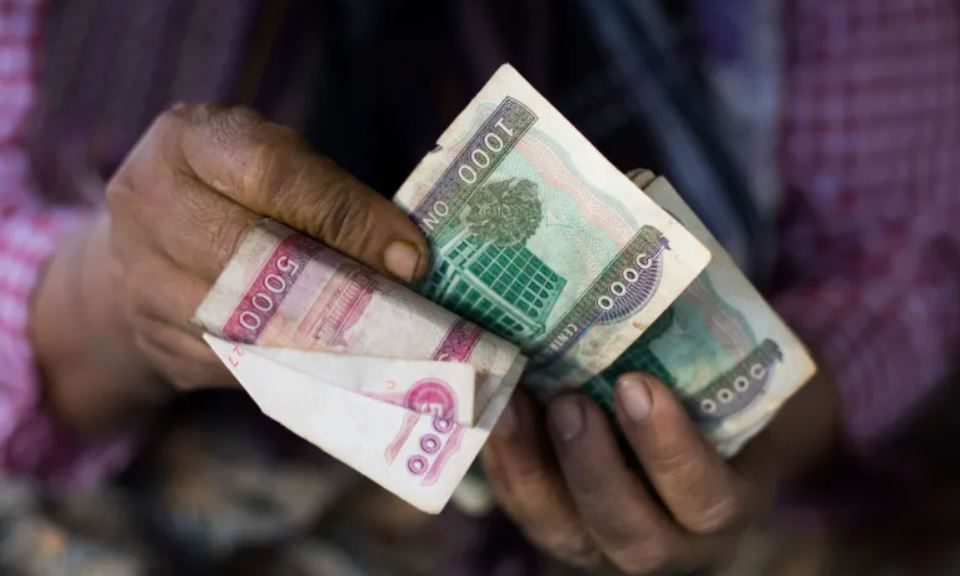 Myanmar is battling a plunging local currency amid an unprecedented dollar shortage, driving up the cost of imports and worsening the economy’s struggle with dual challenges of the pandemic and post-coup financial isolation.

The kyat has tumbled about 50% since the military seized power in February that triggered a freeze on parts of Myanmar’s foreign reserves held in the U.S. and suspension of multilateral aids — both key sources of foreign currency supplies. Restrictions on cash withdrawals have fueled worries about the safety of money in banks, prompting people to seek more widely used currencies such as the U.S or Singaporean dollars or Thai baht, analysts said.

The Central Bank of Myanmar’s efforts to quell the rush for dollars, including stepping up foreign currency supplies and ordering exporters to repatriate earnings within 30 days, have failed to stem the kyat’s slide. The currency may plunge further to 2,400 to a U.S. dollar by the end of this year and 3,200 by end-2022, according to Jason Yek, senior Asia country risk analyst at Fitch Solutions.

The currency sell-off is the latest crisis to hit the country that’s still grappling with street protests following the ouster of the civilian government led by Aung San Suu Kyi. Nationwide Covid restrictions and a civil disobedience movement by Suu Kyi’s followers have hit normal economic activities, shrinking exports of everything from textiles to agricultural commodities, another source of foreign exchange.

“It is really hard to predict when this financial crisis will end,” said Khine Win, a public policy analyst focusing on economic governance in Myanmar. “Only the restoration of democracy and a legitimate government will unlock the international assistance Myanmar needs to address this crisis, but it’s really hard to see that happening.”

The plunging currency is already taking its toll on Myanmar’s economy, with some businesses shutting down as they are unable to cope with rising costs of imports and raw materials. The economy is estimated to have contracted 18.7% in the fiscal year ended on Sept. 30, according to the ASEAN+3 Macroeconomic Research Office. While the official exchange rate for a dollar was at 1,965 kyat last week, local money managers were quoting 2,200-2,300 kyat, Fitch Solutions’ Yek said.

Though the central bank doesn’t divulge its foreign reserve levels, the recent slide in kyat suggests that “it has likely fallen to a precariously low level” after trying to prop up the currency for months, Yek said.

The currency volatility is expected to ease soon due to recent steps taken by the authorities and higher export earnings seen in November and December, Win Thaw, a deputy governor at the Central Bank of Myanmar, said Monday.

Myanmar’s reserves dwindled after the U.S. froze $1 billion held in the New York Federal Reserve days after the coup, while the World Bank and the International Monetary Fund suspended funding for projects. To preserve the foreign currencies onshore, authorities last month suspended imports of passenger cars and amended the forex law last week.

“The fundamental cause for forex crunch is the collapse in investor confidence in Myanmar and the suspension of development assistance since February,” Bowman said. “Without a political solution which leads to the resumption of lending and restores confidence in the country, it will be difficult for the kyat to recover.”

Foreign direct investment into Myanmar had dwindled with multinational companies becoming increasingly wary of doing business with the military regime and some heading for the exit. Reversing that trend will be key to reversing the kyat’s fortunes.

“We don’t see any FDI coming in and the trend for kyat depreciation may prolong as long as the military remains in power,” Khine Win said. “This could drag more middle class people below the poverty line.”