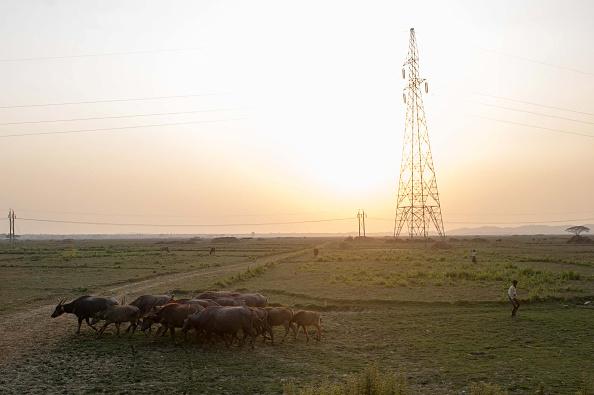 (Bangkok) – The Myanmar government should immediately lift all internet restrictions in eight townships in Rakhine and Chin States, Human Rights Watch said today. The mobile internet shutdown, which began on June 21, 2019, is affecting more than a million people living in a conflict zone.

The internet shutdown, along with restrictions on access by aid agencies, has meant that people in some villages are unaware of the Covid-19 outbreak, humanitarian workers told Human Rights Watch. Local groups report that the shutdown has made it difficult to coordinate the distribution of aid to conflict-affected communities, and to communicate with their field teams to ensure staff safety. A local editor said the shutdown greatly impedes media coverage of the fighting between the Myanmar military and the ethnic Arakan Army, making it hard for villagers to get up-to-date information.

“Myanmar should immediately end what is now the world’s longest government-enforced internet shutdown,” said Linda Lakhdhir, Asia legal adviser at Human Rights Watch. “With armed conflict between the Myanmar military and Arakan Army in Rakhine State amid a pandemic, it’s critical for civilians to get the information needed to stay safe.”

On June 12, the Ministry of Transportation and Communications announced the government would extend the internet shutdown until at least August 1 in the remaining eight townships, citing security concerns. “We will restore internet service if there are no more threats to the public or violations of the telecommunications law,” said Soe Thein, the ministry’s permanent secretary, at a media briefing.

Article 77 of Myanmar’s Telecommunications Law authorizes the Ministry of Transport and Communications to suspend a telecommunications service or restrict certain forms of communication during “an emergency” situation. The broadly worded law should be amended to bring it in line with international standards to protect freedom of expression, Human Rights Watch said.

Internet access plays a crucial role in enabling people to access information about Covid-19 and self-quarantine, and to observe other protocols to prevent the spread of the virus. A coalition of nongovernmental organizations has appealed to the World Health Organization (WHO) to urge Myanmar to end the internet shutdowns amid the pandemic. Intentionally shutting down or restricting access to the internet violates multiple rights in addition to freedom of expression, and undermines efforts to control the virus.

Aid groups told Human Rights Watch they feared that shortages of food and water were underreported in many villages in Chin and Rakhine States due to the communications blackout. They also said that in some communities, family members had not been able to send digital payments or contact friends and relatives in conflict areas. Since January 2019, hundreds of civilians have been killed and about 106,000 displaced by the fighting between the military and the Arakan Army.

Internet restrictions have also made it more difficult for the news media to safely gather information and promptly disseminate it. “It is affecting not just the daily activity of our reporting but also for getting news and fact-finding,” said Aung Marm Oo, editor of the Sittwe-based Development Media Group. “Even though our reporters went to conflict-affected areas and interviewed reliable sources, it is difficult to send the material back to the office because they don’t have internet access.”

In addition to the mobile internet, the Myanmar authorities have ordered the blocking of websites of independent and ethnic news media, among many other sites. Between March 19 and May 11, telecommunications operators and internet service providers received five directives from the Transport and Communications Ministry under article 77 of the Telecommunications Law to block 2,172 specific websites, of which 92 were alleged to provide “fake news.” Independent and ethnic media sites such as Development Media Group, Narinjara News, Karen News, and Voice of Myanmar were among those ordered blocked.

The Myanmar government should stop blocking media websites, Human Rights Watch said. State-mandated blocking of entire websites is an extreme measure that can only be justified as the least intrusive measure to protect a legitimate public interest. A broad claim that the sites are posting inaccurate news does not provide justification for blocking the websites in their entirety and indefinitely. The government has not made public any of the directives ordering internet shutdowns or blocking of websites.

The government contends that the mobile internet shutdown does not disrupt the dissemination of information because people in affected areas can use mobile SMS services and public address systems to receive government information. The internet can also be accessed in some locations via fixed connections.

However, the vast majority of internet users across Myanmar use mobile data – through cell phones – to access the internet, which provides more opportunity for people to access information quickly, particularly during crisis and conflict situations. A 2019 survey by Myanmar Survey Research found that while half the total population used the internet, of those users, all accessed the internet via their mobile devices.

The internet shutdown has also hampered monitoring of the extremely vulnerable ethnic Rohingya population in Rakhine State. In January, the International Court of Justice ordered the government to protect the Rohingya from genocidal acts.

Under international human rights law, Myanmar has an obligation to ensure that internet-based restrictions are provided by law and are a necessary and proportionate response to a specific security concern. Officials should not use broad, indiscriminate shutdowns to curtail the flow of information or to harm people’s ability to freely assemble and express political views.

The United Nations Human Rights Council has condemned measures by governments to prevent or disrupt online access and information and called for free speech protections under the Universal Declaration of Human Rights and the International Covenant on Civil and Political Rights. In a 2015 Joint Declaration on Freedom of Expression and Responses to Conflict Situations, UN and regional organization experts said, “Using communications ‘kill switches’ (i.e. shutting down entire parts of communications systems) can never be justified under human rights law.” During crises, governments should refrain from blocking the internet and, as a matter of priority, ensure immediate access to the fastest and broadest possible internet service.

In January, UN human rights experts said in Myanmar, “The blanket suspension of mobile internet cannot be justified and must end immediately.”

“For a year now, the internet shutdown has severely impacted the rights of over a million people in Rakhine and Chin States,” Lakhdhir said. “The government should lift the shutdown, unblock websites, and amend the Telecommunications Law to bring it in line with international standards.”