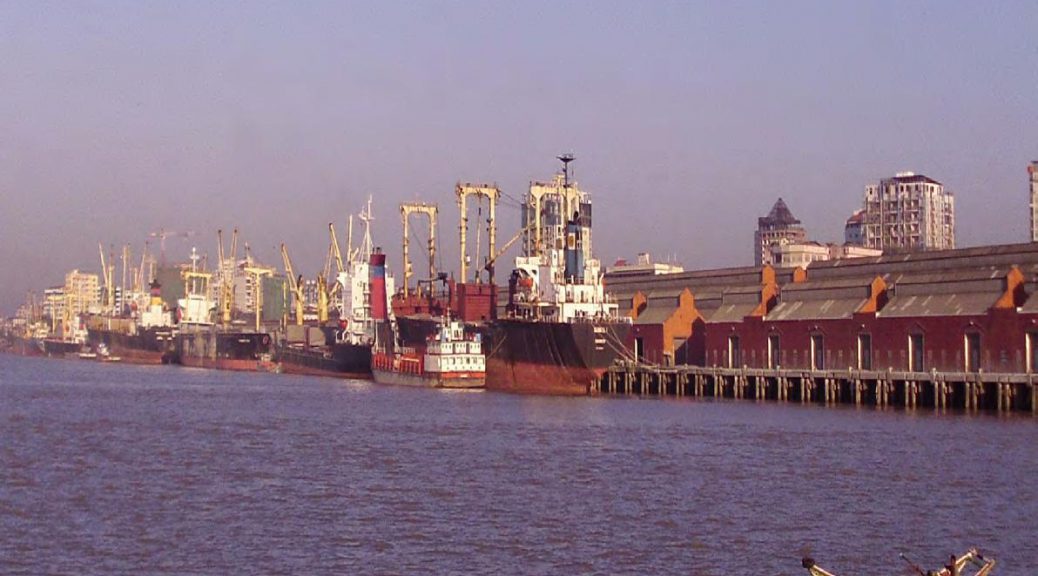 Myanmar has launched itself on the global podium, carving an aggressive and assertive entrepreneurial spirit. Its resoluteness to connect and attract foreign investment prospects to revive its strained economic model is a quite palpable post its political transition.

The Port and the Shipping Industry is being rendered as the immediate and the most significant means to integrate Myanmar with the global economy, leveraging its strategic geographical placement in between the most populous and the second most populous country in the world; India and China.

Mr. Kyaw Myo, Deputy Minister Transport and Communications, remarked at the 15th ASEAN Ports and Shipping Conference 2017, “The development of ports and shipping industry would be a driving force for Myanmar’s integration into the global economy. Myanmar’s transport infrastructure had reached the low end of the Asian benchmark due to our poorly targeted investment for many years. Now, it is time to improve our transport infrastructure effectively and systematically with regional and international cooperation.”

The boom in the transport infrastructure, its revision and the revamping of guidelines are imperative primary moves to bring about improved connectivity – intra and inter-region, which would facilitate domestic growth, and advance integrative international possibilities. Apart from strengthening and developing infrastructure, it’s enabling and empowering prospects of job creation, easier access to regions, promotion of economic trade and prosperous growth potential, the facelift of transport framework has been rendered as an important segment in accelerating Myanmar’s economy.

In the recently conducted –15th ASEAN Ports and Shipping Conference 2017, discussions pertaining to the essential role played by maritime trade to revitalize Myanmar’s economy permeated the entire conference session. The need for an efficient and well-planned connectivity mapping the regions internally is essential for foreign companies to reach effortlessly and seek new market gains and collaborations. This is being embraced as the cornerstone development in affirming Myanmar as the new and captivating hub of Southeast Asia trade.

Carving out a mutually beneficial relationship with domestic and foreign ports, while engaging in port development activities, greater stress has also been laid on peripheral facets such as security challenges, environmental impact and navigation accessibility.

The Managing Director of Myanmar Port Authority – Mr. Ni Aung exclaimed, “As a member state, we participate in ASEAN initiatives for the acceleration of economic growth, social progress and cultural development in the region through joint endeavors to strengthen the foundation for a prosperous and peaceful community by improving all aspects of transportation, specifically port development.”

The Yangon port, being the chief port of seaborne trade has been controlling 95% of the maritime export and import exchanges. Moreover, with nine ports handling seaborne and coastal trade, and with the construction of advanced terminals and multiple facilities in the areas of Yangon and Thilawa, the maritime cargo traffic has effectively enhanced.

Endowed with the capacity to accommodate as many as 36 vessels at the same time, the Yangon ports are being significantly harnessed to trade directly with 10 of the major trading economies like Malaysia, Iran, India, Singapore, China, Sri Lanka, Indonesia, Vietnam, Bangladesh and Thailand.

“Maritime transportation has been able to serve more than 85% of the nation’s trade,” said Mr. Myo Nyein Aye, deputy manager of MPA.

This indeed has been the gamechanger in boosting Myanmar’s economic landscape, fabricating and fueling an investment-friendly environment in building and developing ports. Relentless involvement of the private sector companies and aid from international finance institutions are deemed to further the prospects. As part of the current consultations on driving commerce in the country, employment of six new inland water port terminals has been ambitiously considered, with dependence on Myanmar’s new Investment Law for funds. The new ports include four on the Ayeyarwady River and two on the Chindwin River.

These ports will ensure rapid connectivity to more and bigger markets, and provide door to door system facility while experiencing reduced transportation costs and enlarged shipping capacity. In other words, these ports have been and will be the potential economy-transformers for Myanmar, generating jobs, accentuating regional development with improvement in living standards and bridging the gaps between the haves and have-nots.

Steering its course to growth, development and integration with the global economy, Myanmar’s sea and river ports have an absolute advantage of establishing Myanmar as the hub of trade in Asia.