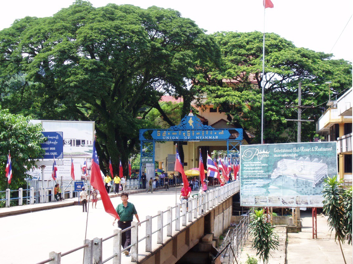 The Governments of Thailand and Myanmar have signed an agreement which will allow the citizens of both the countries to enjoy visa free visits in the other country. A mutual visa free agreement was previously agreed upon by the two countries on Oct 22, 2013 but the one that has been signed now is somewhat different. The new rules and regulations have taken effect from August 11 onwards and as per the signed agreement citizens holding ordinary passports from both countries can visit the other country for up to 14 days without the need of visa. The agreement was signed by Minister of Foreign Affairs of Myanmar Mr. Wunna Maung Lwin and Thailand’s Foreign Minister Mr. Tanasak Patimapragorn.