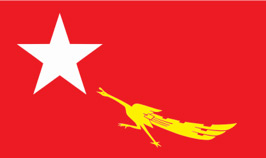 The recent Myanmar elections that were held in November 2015 have proved to be a huge turning point in this beautiful Asian nation’s history. After a gap of over five decades, Myanmar has again got a democratically elected president in the form of Mr. Htin Kyaw. This election win is mostly being seen as Ms. Aung San Suu Kyi’s victory as she has been the one of the oldest and the most resilient advocates of democracy in Myanmar. There is no doubt about the fact that Ms. Suu Kyi has a played an extremely, and perhaps even the most important role in taking Myanmar back towards democracy. However, besides her there are numerous other leaders as well who have also fought and worked hard for this day to come. One such name among them is that of Myanmar’s new president Mr. Htin Kyaw.

It was quite clear even before the elections that no matter the outcome of the voting process and regardless of the wishes of most citizens of Myanmar, Ms. Suu Kyi will not be able to become the president. A clause in the constitution prevents any one from having a foreign spouse or children who are citizens of another country from becoming the president of Myanmar. While some claim that this clause was deliberately added to prevent Ms. Suu Kyi from becoming the president but it is still a part of the constitution and so this condition needed to be adhered to. Mr. Kyaw was the name supported and promoted by Ms. Suu Kyi for becoming the next president of Myanmar after the elections results came in favor of her party and he won the seat easily. Many people believe that despite not holding the position of Myanmar’s president herself, Ms. Suu Kyi is still going to hold and exert significant power of the government.

Mr. Htin Kyaw has been Ms. Suu Kyi’s longtime colleague and trusted aid and after the election results were announced he was quoted as saying, “Victory! This is sister Aung San Suu Kyi’s victory. Thank you.” So, it is expected that Ms. Suu Kyi will hold a considerable power over the decisions taken by the new government. This can be a very good thing for both Myanmar as a whole and its new government. As the President of the country, Mr. Kyaw has to deal with find out the most effective solutions for dealing with armed rebel groups, handling economic problems, and achieving developmental objective. The tricky part is that he has to do all this while keeping the support of and avoiding any friction with the Army which still holds a lot of control. Ms. Suu Kyi’s guidance and support will certainly help the new President in being more effective and it also might make his Presidential term run a lot smoother.