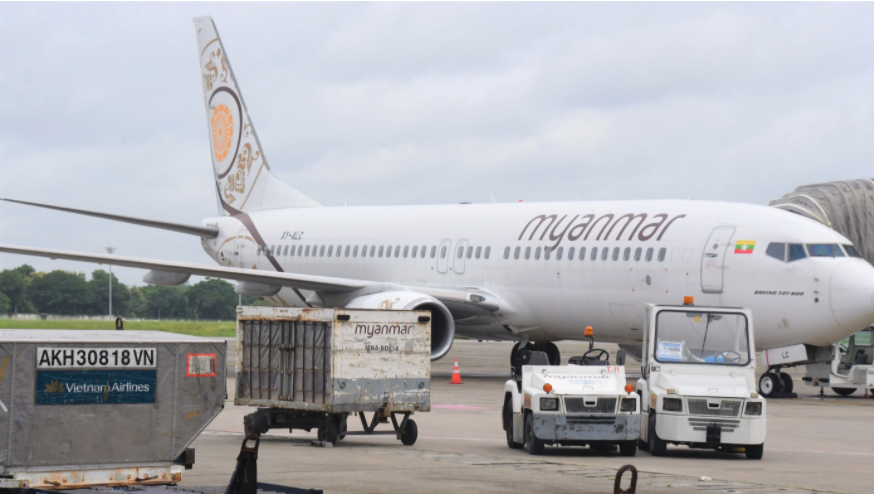 Myanmar National Airlines will on Wednesday resume domestic flights that had been halted by the coronavirus pandemic.

In early September, the government instructed the state-owned airline to suspend domestic passenger flights but will now allow a resumption to spur economic activity in rural areas of the country. International passenger flights are still banned, with the exception of occasional emergency flights.

Myanmar’s flag carrier began taking reservations on Sunday. Flights between major destinations such as Yangon, the largest city, and Naypyitaw, the capital, can be booked, although there are fewer flights than before the COVID-19 outbreak.

According to Yangon International Airport, a negative test certificate for the virus, obtained within 36 hours of departure, is required to board a plane.

The de facto head of government, State Counselor Aung San Suu Kyi, said in a televised speech on Friday: “Despite the spread of the disease, we have relaxed some restrictions in the areas which are not included under stay-at-home orders, and in some sectors as we are trying to return to normal quickly.”

“We are working for the resumption of domestic flights in line with health care rules and guidelines,” she said, adding that the government hopes to restart international flights as soon as possible.

According to the World Health Organization, the number of daily cases in Myanmar was a few dozen in August but that figure has risen sharply since September, reaching a record 2,260 in mid-November. The number of daily infections has hovered around 1,300 in December. In all, around 107,000 people have been infected so far.

Since September, travel by air and land has been restricted. Stay-at-home orders, which bar people from going out except for work and shopping, are still in effect in Yangon and other areas with a high number of cases.