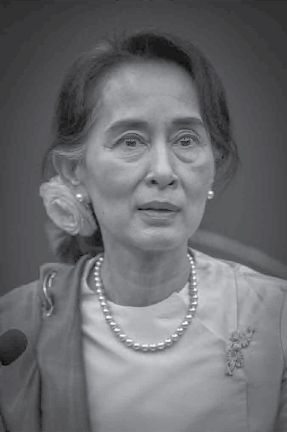 At the closing ceremony of the second 21st Century Panglong in Naypyidaw, Myanmar’s State Counselor Ms. Suu Kyi said that these negotiations mark a significant step toward future democratic federalism in Myanmar. Even though these meetings saw some disagreements among the Myanmar Government, the political parties, the Tatmadaw and the ethnic armed organizations, the members of the Union Peace Dialogue Joint Committee (UPDJC) are optimistic. UPDJC was the organizer of this event and it feels that the conference achieved its aims to some extent.

During this event, the chairperson of the UPDJC Daw Aung San Suu Kyi participated in negotiating the key terms of the federal principles, such as those concerning secession from the Union and equality between the Tatmadaw and the ethnic armed organizations. She stated: “The agreements that we have been able to sign today mark a significant step on our path toward peace, national reconciliation, and the emergence of a democratic federal Union. Reaching these agreements has not been easy; we have encountered moments of disappointment as well as inspiration along the way.”

She said that the foundations for democracy and federalism for future generations have been laid through dialogue.“Yet I am greatly encouraged that despite our many different views and perspectives, we have been able, through frank discussion and negotiation, to reach common positions,” she further added. After the negotiations, stakeholder representatives from the government, Parliament, the Burma Army, political parties, and ethnic armed groups who were signatories to the nationwide ceasefire agreement (NCA) agreed to 37 of 41 basic federal principles and signed part 1 of the Union Accord. However, key principles regarding equality, self-determination and federalism have not yet been included in the accord, and further discussion would continue in this regard.