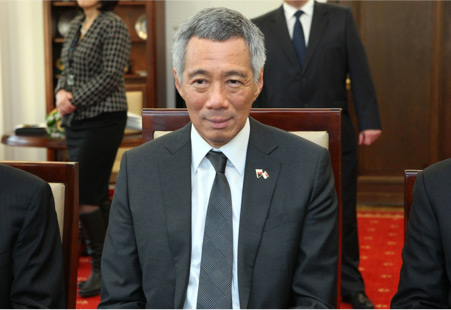 Singapore Prime Minister, Mr.  Lee Hsien Loong arrived in Myanmar on June 7, 2016 for an official visit.  This visit lasted for three days and he stayed in Myanmar till June 9, 2016. His wife is also accompanying him on this trip and on the afternoon of June 7 they were both given a very warm red carpet welcome. This arrival was greeted by Myanmar President Mr. Htin Kyaw and his wife.  After the initial welcome Mr. Lee went on to inspect the Guard of Honour at the Myanmar Presidential Palace located in Napyitaw.  To respect his presence National flags of both the countries were hoisted in the Presidential Palace lawn while an official band played the national anthems of both the countries. Mr. Lee also met up with the Myanmar’s State Counsellor and Foreign Affairs Minister Ms. Aung San Suu Kyi. This visit is very important in the light of the fact that it is the very first visit by another country’s Head of State since a civilian government came to power in Myanmar.