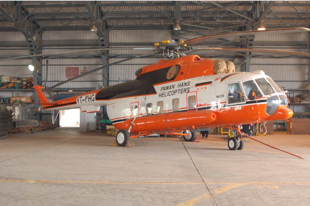 The Ministry Of Civil Aviation, Government of India has stated that it is going to Purchase more high-altitude choppers. The move has been made to provide Pawan Hans Helicopters Limited the capability to operate in Arunachal Pradesh and other parts of the Northeast. The announcement was made on August 14, about 10 days after a Dauphin Chopper went missing and then was found crashed in Arunachal’s Tirap district. Captain M S Brar, Captain Rajiv Hoskote, Tirap Deputy Commissioner Kamlesh Kumar Joshi, and two crew members were killed in the crash. The accident has led to government deciding on acquiring more choppers that are capable of operating in high altitude and difficult terrain of the region. The details about the make and models of the helicopters that will be procured have not been disclosed yet. Currently, Indian armed forces use Cheetah, Chetak, Cheetal and the Russian Mi-17 V5 choppers in high altitude areas. The Minister of State (Independent Charge) for Culture, Tourism and MoS, Mr. Mahesh Sharma has said that a helicopter hub the government has established a helicopter in Guwahati, Assam to serve the entire region and its existing fleet of six choppers will be increased.